McKee rates Lomani ahead of Matawalu 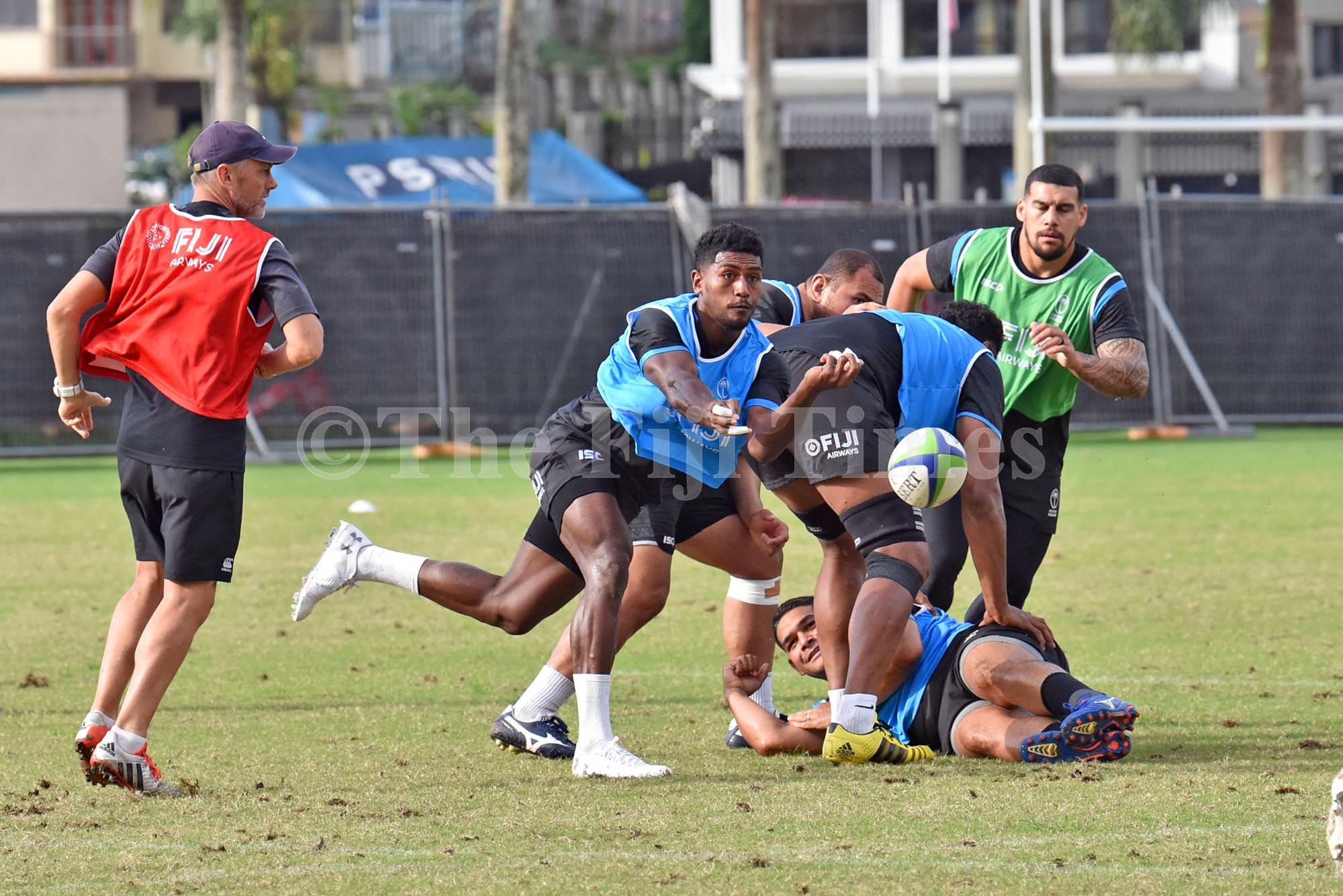 Frank Lomani delivers from the base of the ruck during the Fiji Airways Flying Fijians team trainining session at Albert Park in Suva on Tuesday, August 06, 2019. Picture: JONACANI LALAKOBAU

THE Fiji Airways Flying Fijians rugby team coach John McKee rates local based halfback Frank Lomani as his top choice to fill in the scrumhalf position to the Rugby World Cup next month.

After the last round of the Pacific Nations Cup last Saturday, McKee wasn’t impressed with the performance of his players however he was impressed with Lomani’s outcome in the championship as a whole.

“We know Frank’s a good organiser of the game and he’s got a lot of skills and he’s a young halfback and he’s still learning about some of the things playing at this level and he is very talented and hardworking,” said McKee.

However, experienced halfback Nikola Matawalu has his experience and running rugby scrumhalf that differentiates him from Lomani.

“Nikola is a different sought of player, technically he is not such a good halfback, but he does add a lot of spark to the game and to the team and for sure he is an experienced player with a different style of play but overall they are both good halfbacks and top contenders of the squad to the Rugby World Cup,” McKee said.

Fiji played one of their worst performances against Samoa in the weekend despite their 10-3 victory however McKee believes they need to keep the ball on their side if they need to conquer the big teams in the World Cup.

“We will have to work hard when we are under pressure, not just give the game away and today (Saturday) we gave away a lot of possession so we need to maintain our composure and build phases.”

Fiji will take on Australia in their first pool game in the World Cup in Tokyo, Japan on September 21.