McKee and the RWC 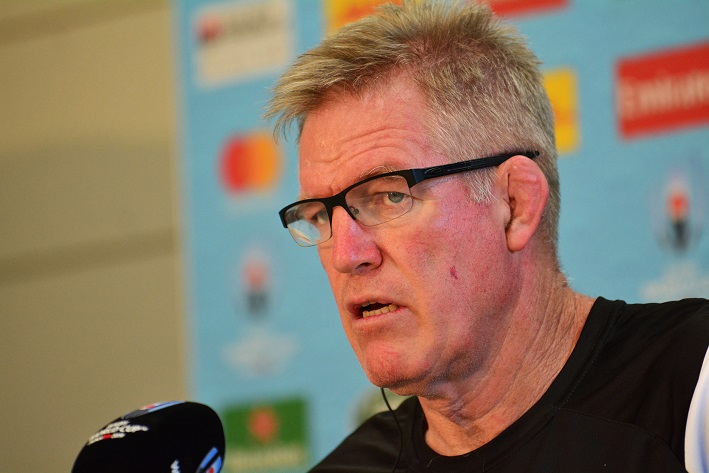 THE rugby world and fans will be interested to know what happens next to Fijian rugby.

The players are now back with their families and will be having a well-earned rest and sharing the lovo food prepared while contemplating the next step.

Most of the players will soon be back with their overseas clubs and be refilling their purses from club pay and perhaps having mixed emotions regarding their recent Rugby World Cup campaign.

They have answered the call of their nation and have done their best while on basic wages from allowance provided by the Fiji Rugby Union.

They have made a sacrifice to have a pay cut just to play for that coconut tree emblem.

They did not expect a big crowd to meet them, only families and it is a cross they have to carry as Fijians are the most fickle rugby fans. Simply they are the biggest bad losers.

There will be many congratulatory comments in the social media and letters but they will not turn up at the airport to shake your hands.

The others will continue their sarcastic comments until the next RWC.

You make them a promise to reach the quarter-finals and you are expected to keep them at all cost. If you don’t just grit your teeth and smile. But there are many things to celebrate we should be singing praises for the brief display of pure Fijian rugby that has attracted millions of fans around the world.

They are the real deal because they appreciate the rugby skills and the magnificent physique.

Champion RWC coach England mentor even went as far as to say that we have the best rugby player on the planet in Semi Radradra.

“What a player that Radradra is,” said England coach Eddie Jones after the winger’s Player of the Match performance against Wales.

“Just to be at the Rugby World Cup is a humbling experience to see him play with such power, pace and guile.

It was one of the best displays I’ve seen — and I am talking as a fan.”

World Rugby says if you were building the perfect rugby player, Radradra would be a pretty good blueprint.

Now we are all fans of Radradra, arguably the standout performer in the pool stages, who has only a few months left on his contract at Bordeaux.

The rugby league convert nicknamed Semi-trailer, won another Player of the Match award, ran for 400 metres, made eight clean breaks and beat 29 defenders in his four games. Unstoppable.

Jones has shown interest in coaching a tier two nation but the question is can we afford him.

Wales defence specialist Shaun Edwards was worried that the Six Nations champion had eight tries scored against them in the pool stages. He looked up the statistics and saw 25 mistackles.

“I thought to myself who did we miss those tackles on. Then I looked and saw there were 16 mistackles on both their wingers (Josua Tuisova and Radradra) who, let’s be honest, are not the easiest human beings to tackle.” But we missed only nine tackles on the rest of the team.

Those two wingers are really exceptional. Hopefully, the two men will be available for the November clash against the Barbarians as fans still want more of them in action.

Meanwhile, some players are used to criticisms while some may struggle and these are just some words previously used in this column.

“Good news gives health to the bones … those who disregard discipline despise themselves.

Criticism and praise stir in us powerful emotions that, if left unchecked, can lead to either self-loathing or an overinflated ego.

“The best option to take is to learn from both criticism and praise, shelve them and move on.”

As for McKee, he is keen to continue as coach and sign another contract after his contract expires in December.

The FRU board has the final say.