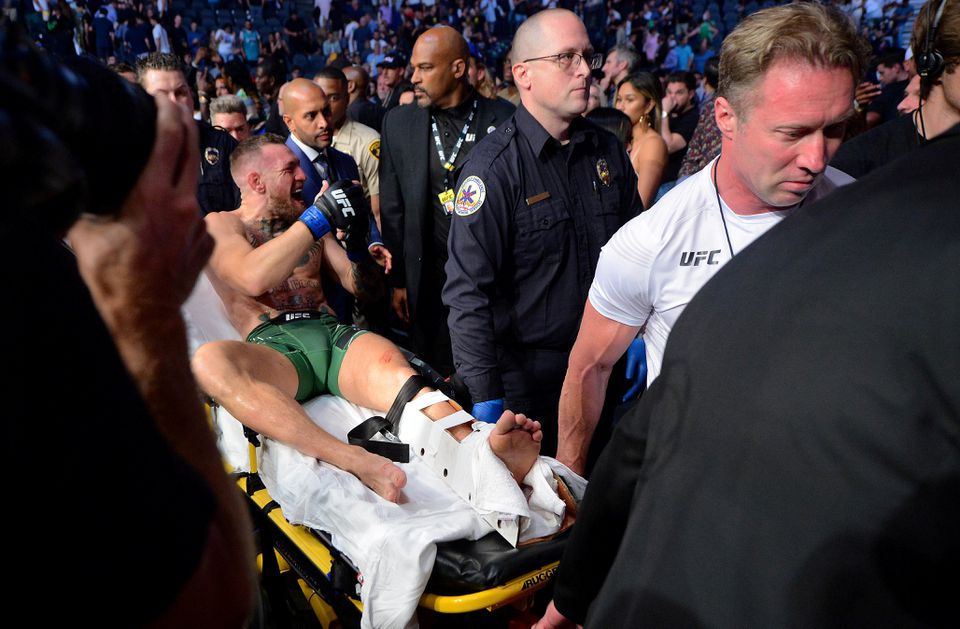 Conor McGregor, who underwent surgery for a broken leg suffered during a July fight, said on Saturday he expects to fully resume sparring by April, at which point the former UFC two-weight champion expects a return to the Octagon will be imminent.

McGregor’s competitive future was in doubt after he suffered the injury during a trilogy bout with Dustin Poirier, but the Irishman fully expects to resume his career.

“I will be full mixed martial arts sparring by April. Easily!” McGregor, 33, said during a Twitter Q&A with his followers. “By then a return will be imminent. But I must be patient. I will beat this!”

As a thrilling first five-minute frame against Poirier drew to a close in Las Vegas, both fighters were still trying to land as McGregor stumbled backwards, trapping his foot under himself and breaking his leg.

Medics were immediately called into the Octagon and it was clear that McGregor could not continue, prompting the referee to declare a stop to the bout on the instructions of the doctor. The stoppage marked McGregor’s third defeat in his last four fights in the UFC.

McGregor, whose brash manner and highlight-reel knockouts helped propel his rise to fame, said he is not rushing a return but rather taking a patient approach in his recovery.

“The fibula is fully healed. The medial side of the tibia is developing nice callous also,” wrote McGregor.

“It is just patience now for it to form down through the bone to the lateral side of the tibia where the larger break occurred. It’s getting there. Patience will win this race for me!”