McCaw ‘greatest of all time’ 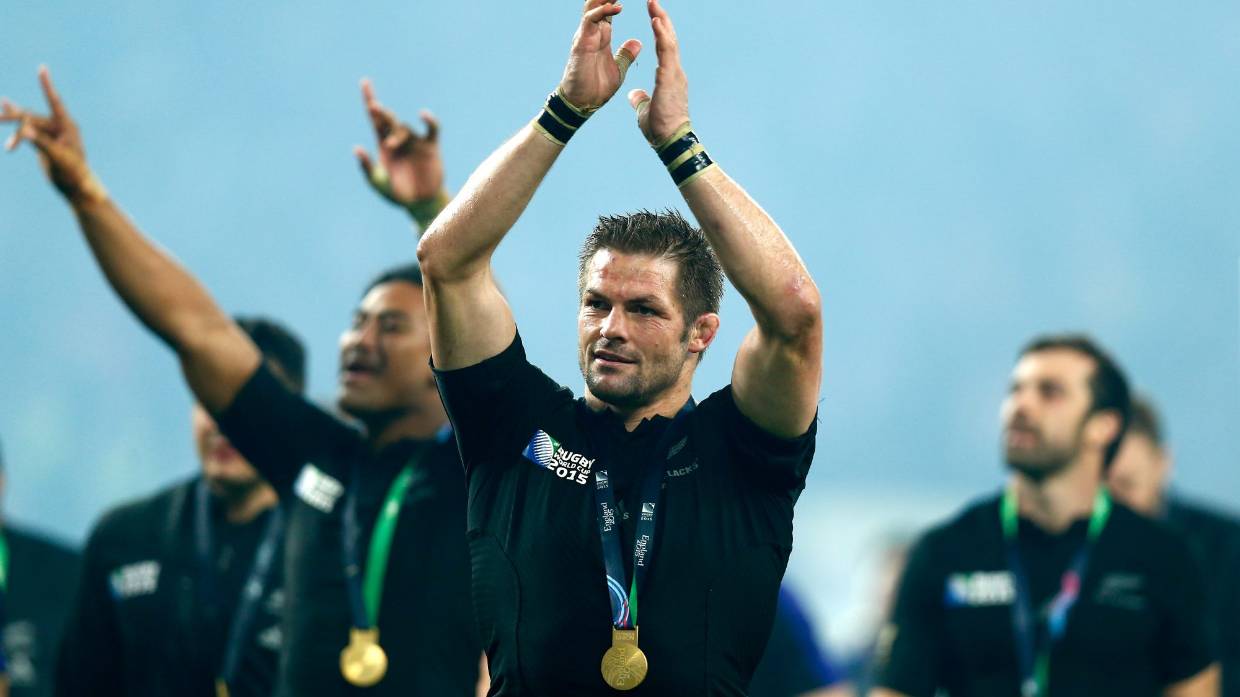 Richie McCaw has been hailed 'quite possibly the greatest rugby player of all time' by former British and Irish Lions coach Sir Ian McGeechan. MIKE HEWITT/GETTY-IMAGES

Richie McCaw has been dubbed “quite possibly the greatest rugby player of all time’’ by former British and Irish Lions coach Sir Ian McGeechan, who named him alongside five other All Blacks in his Dream Team.

McCaw, No 8 Zinzan Brooke and hooker Sean Fitzpatrick were the three All Blacks forwards selected by McGeechan, who had already named Jonah Lomu, John Kirwan and Dan Carter in his backline for an all time Dream Team series published by the Daily Telegraph.

Earlier in the series, McGeechan said former Wales and Lions halfback Gareth Edwards was his favourite player of all time, but he pronounced the “peerless” McCaw “quite possibly the greatest”.

“Like all the greats, he changed the parameters of what was possible, of what a seven could do,” McGeechan wrote.

“Apart from his physical attributes, which were significant, it was his understanding of the game, his knowledge of the laws, which made him such a brilliant player. It ensured that at key moments of the game, when others might hesitate, he could make decisive contributions.

“He knew exactly what he was allowed to do, and crucially so did the referee. His communication with the referee, and with his team, was first class. Some felt it went too far, that New Zealand got away with murder.”

“But that was part of his strength as a captain and a leader – he knew how far to push and when he was penalised he adapted.”

McGeechan, said McCaw was part of a great All Blacks openside flanker lineage, and part of the reason why New Zealanders put back row forwards “on a pedestal”, whereas Europeans tended to venerate fly halves.

He said the “opposition would not stand a chance’’ with McCaw alongside England’s Richard Hill (who he dubbed “The Silent Assassin” as Dream Team flankers.

Brooke got McGeechan’s nod at No 8 because “his influence stretched beyond his own team and to the rest of the world,” McGeechan wrote.

“Zinzan’s offloading was probably the best of them all. His ability to bring others into the game, his ability to stay connected in the game himself, popping up repeatedly through different phases; all exemplary.

“And he dropped goals of course. A true original.”

Earlier in the series, McGeechan said Fitzpatrick, a “wonderful competitor, incredibly tough and a great tactician to boot’ was the standout at hooker “not just as a player but as a captain, and as a man”.

McGeechan’s respect for New Zealand rugby was evidenced by his naming six All Blacks in his Dream Team. England contributed three players and Wales two, with one each from Ireland, France, Australia and Scotland.