May gambles on talks with Labour to unlock Brexit, enraging her party 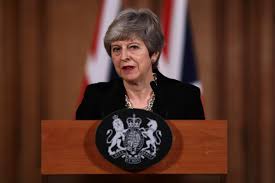 LONDON (Reuters) – Prime Minister Theresa May said on Tuesday she would ask for another Brexit delay to sit down with the opposition Labour leader, a last-ditch gambit to break the deadlock over Britain’s exit that enraged many in her febrile party. Nearly three years since the United Kingdom voted to leave the EU in […]