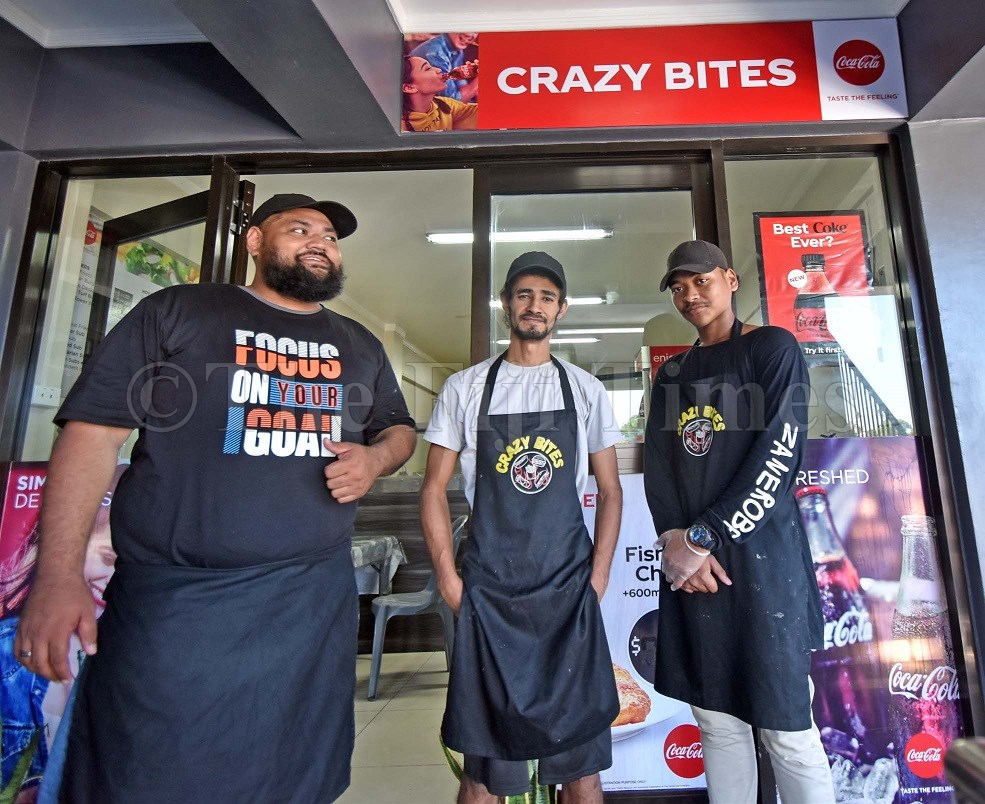 Mue Mausio has been fond of cooking since he was in primary school and he was able to put his interest to good use when he started his own business.

“I was brought up and taught how to do household work which also included cooking. I started cooking from primary school – as soon as I was old enough my dad said I have to start cooking. So I grew up loving cooking,” he said.

Mr Mausio lives in Raiwaqa and used to work for a major call centre company until COVID-19 struck.

“I had a good job at Mind Pearl but then I wanted to do something where I would be my own boss so I finally decided to quit my job in October last year and started my business.

“I was running my food business from home and online where I would set out my menus three days a week and send them out and take orders online,” he said.

He finally got the opportunity to make his dream come true this year when he proposed a business plan to his family members and they were convinced enough to support him. They found a spot at Magson Plaza in Samabula and officially opened his restaurant – Crazy Bites – in April this year.

“We invested $25,000 in April and most of my customers who were following me on social media are now coming here to eat.”

Mr Mausio said it was hard in the beginning but they had been able to make it work and now they are able to generate sales of more than $300 on an average day.

“We have subs, burgers, chicken wings to name a few. These are my own recipes and I continue to improve them as I go along. We also make our own sauces here and my customers love it.

“One of my regular customers is an American lady and she came and tried our burger one time and now we get at least two to three American customers who come for just our burgers.”

Business, according to Mr Mausio, has been really good and their social media page has been a hit with customers.

“People see our page and they also get their friends which has been great for business.”

Crazy Bites is open seven days a week and the team is also at the Garden City market day whenever it’s held. Apart from Mr Mausio there are three other boys who work in the restaurant.

“This is a small family business but I have plans to open another place in another two years time.”