Match to go to the wire 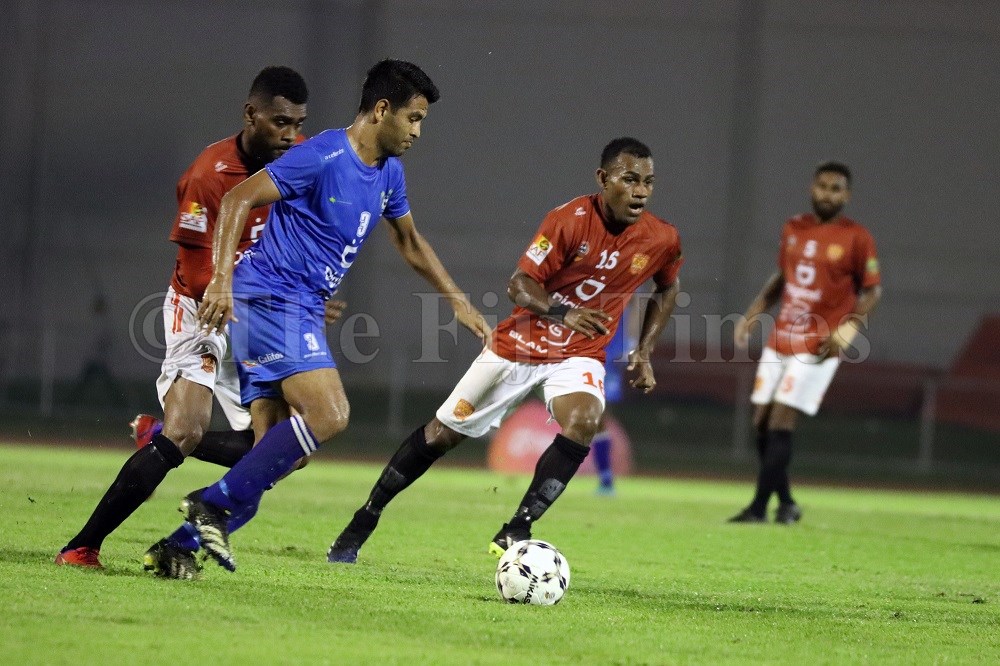 Zibraaz Sahib looks for support for Lautoka against Rewa during their clash at Churchill Park in Lautoka. Picture: BALJEET SINGH

Fiji’s qualifier for the 2022 Oceania Football Confederation (OFC) Champions League will go down to the wire today after Lautoka and Rewa drew 1-all in the first play-off match at Churchill Park on Friday evening.

The result means that if both are tied after the 90-minute duration, extra time will be played.

If the results remain the same then it will go to a penalty shootout to decide the winner and Fiji’s representative to the OFC Champions League which will be played in Auckland, New Zealand from August 9-16.

During the first match, the Delta Tigers made a strong start, missing a sitter in the opening minutes.

Then Bruce Hughes had another chance to put the visitors up close to half-time but skied his attempt.

Both teams were locked nil-all at the break.

Rusiate Matarerega got Rewa on the scoreboard on the 55th minute with a pile driver past Lautoka’s Papua New Guinea import goalkeeper Ishmael Pole.

However, the joy for the Rewa fans who had travelled all the way from the Southern Division was shortlived as Fiji’s top marksman Sairusi Nalaubu scored at the other end.

Lautoka coach Anginesh Prasad said they took time to settle into the fixture.

Prasad said he was very happy with how the boys came back after conceding the Rewa goal.

“It was a good game,” Prasad said.

“We are pleased with the result. After Rewa scored the first goal our players gave their all. We will come out firing.

“It was a good game between two good teams. This has set up both teams well for the decider in Suva on Sunday.

It will be like a final as only the winner will go through to the OFC Champions League.”

Rewa coach Marika Rodu said with a one day rest period, they would not have time to make changes. He said they would have to come out sharper in today’s fixture.

“The last game will be about characters and our players have good characters who can come out firing in the end,” Rodu said.

“They have taken the draw up their chin but I know that they will put their hands up in the decider.”

Today’s decider will kick off at 3pm at the ANZ Stadium.