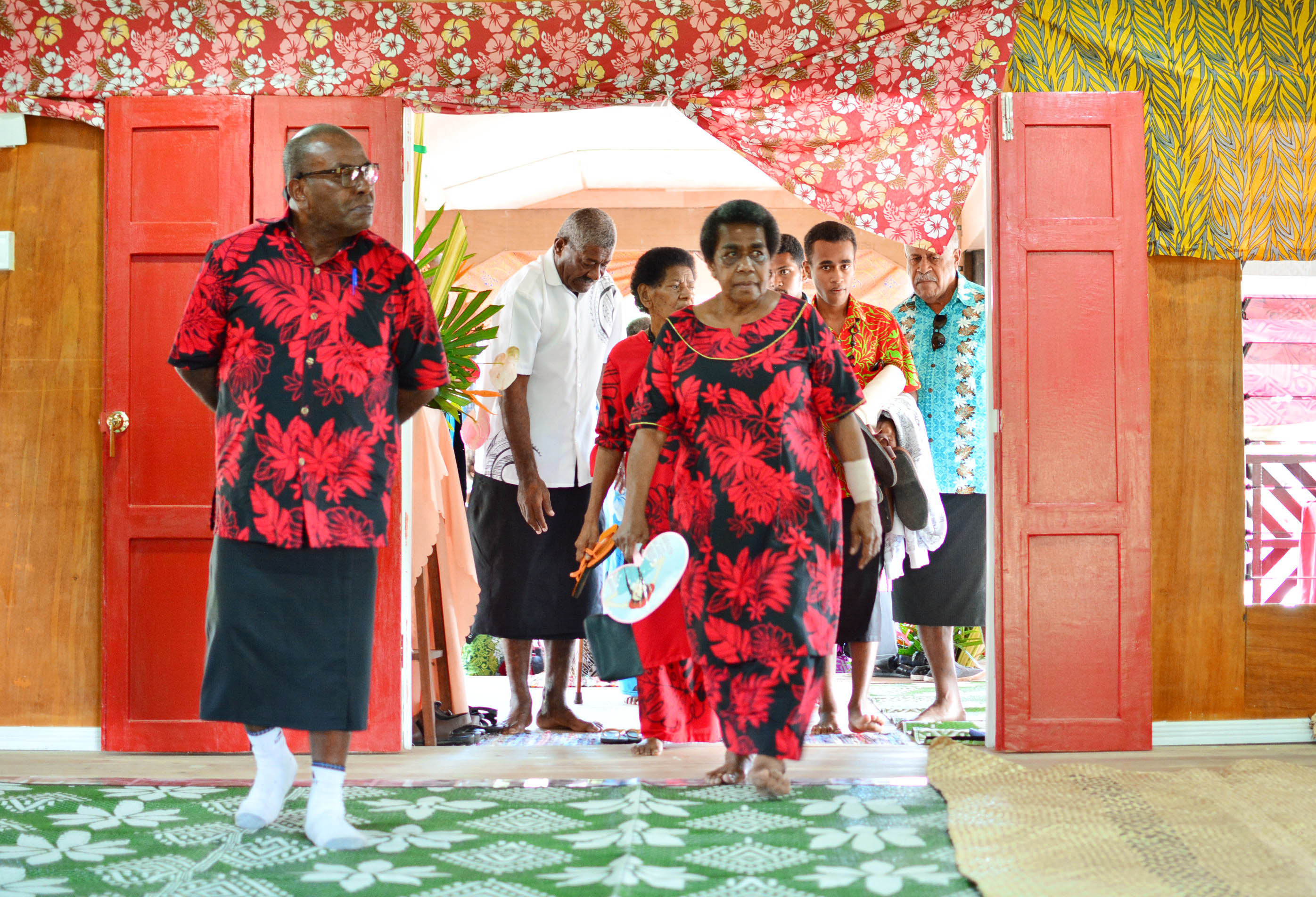 The villagers of Colo-i-Suva entering the doors of their newly-built hall that was officially opened today. Picture: JOVESA NAISUA

THE Mataqali Lomanikoro from Colo-i-Suva Village today opened their newly-built Community Hall that had cost approximately $300,000 to build.

This was possible through their Mataqali Lomanikoro Trust, set up in 2011 and has been receiving and wisely utilising their natural resource royalties received from the Quarry company called Flame Tree Development Limited and their lease money.

Trustee secretary Alipate Waqavatu said the hall was built to benefit not only the present generation but the future generation as well.

“Before, we would have different homes to host functions for our mataqali but now we have our own hall which is more efficient,” Mr Waqavatu said.

“In 2014, the first project was completed which was the construction of the mataqali’s office after which 15 houses were built for the elders who belong to this landowning unit,” he added.

He said now they planned to start up their own business so they could enjoy the returns.