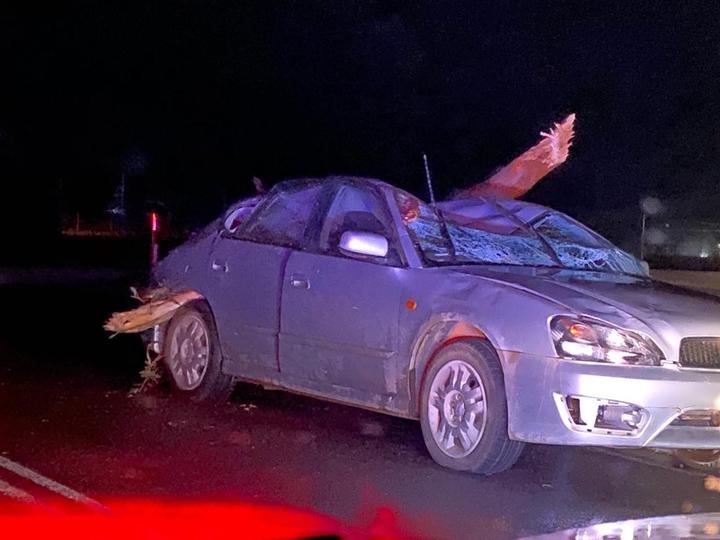 A massive storm is wreaking havoc on Perth and southern coastal parts of Western Australia, with thousands of homes without power, trees down and reports of widespread property damage.

State Emergency Services staff have answered hundreds of calls for help overnight and this morning. Most were for structural and roof damage, with the majority of call-outs in the Perth metropolitan area and Mid West Gascoyne district, more than 1000 kilometres north of Perth.

The unusually late storm is the result of ex-Tropical Cyclone Mangga interacting with a cold front.

Wind gusts of up to 132 kilometres per hour have been recorded at Cape Leeuwin, about 300 kilometres south of Perth. And workers are trying to restore power to about 50,000 properties from the Mid West to the Great Southern districts, including Perth.

Damaging winds are expected to continue for much of the south of the state throughout Monday, said Bureau of Meteorology forecaster Rohan Smith.

“Anywhere south-west of a line Lancelin to Bremer Bay can expect gusts isolated gusts of 130 km an hour this morning. That includes Perth, and it won’t ease until this afternoon into the evening.

“People on the coast need to watch out for a dangerous storm tide, which is going to be well above the normal high tide mark, with damaging waves and flooding also expected.

Western Power spokesman Paul Entwistle told ABC Radio Perth a large pocket of properties in Kalgoorlie had been left in the dark.

“Somehow a shed from around the area has been picked up and thrown into one of our sub-stations in Kalgoorlie,” he said.

“So that’s 15,000 customers currently off the grid due to a shed wrapping itself around infrastructure inside the sub-station, near Piccadilly.

“We’ve got a crew in there now, assessing the damage and starting to peel that away – the shed that is – and once we know exactly what sort of damage has been done, we’ll look to restore customers when it’s safe to do so,” he said.

The official Australian cyclone season ended on 30 April, and the Bureau of Meteorology said while some cyclones were known to form in early May, it was rare to see one so late in the month.