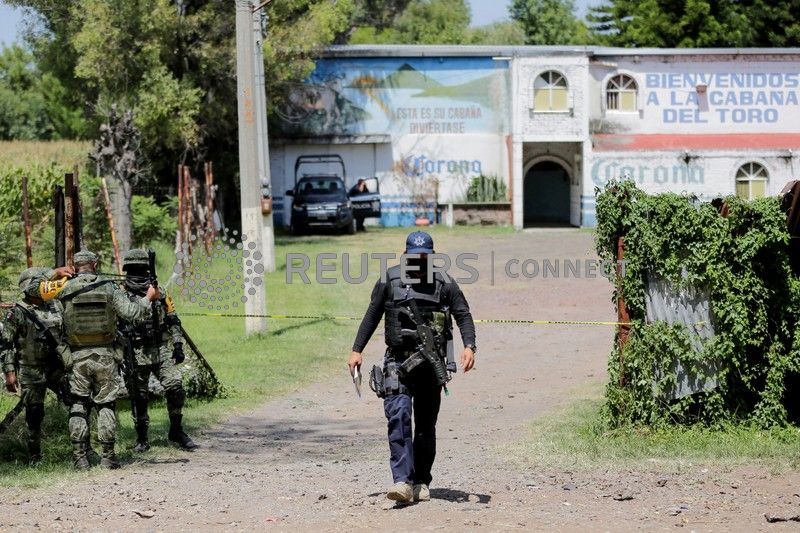 A police officer and soldiers keep watch outside a bar after a massacre in a bar left eleven people dead in Jaral del Progreso in Guanajuato state, Mexico, September 27, 2020. REUTERS/Sergio Maldonado

MONTERREY, Mexico (Reuters) – A massacre in a bar left 11 people dead on Sunday, Mexican authorities said, as the country grapples with a record homicide rate despite the government’s pledge to stop gang violence.

The attorney general’s office of the central Mexican state of Guanajuato said the bodies of seven men and four women were found in the bar in the early hours of Sunday morning in the city of Jaral del Progreso. Another woman was found with gunshot injuries, authorities said in a news release.

Guanajuato, a major carmaking hub, has become a recurring scene of criminal violence in Mexico, ravaged by a turf war between the local Santa Rosa de Lima gang and the powerful Jalisco New Generation Cartel.