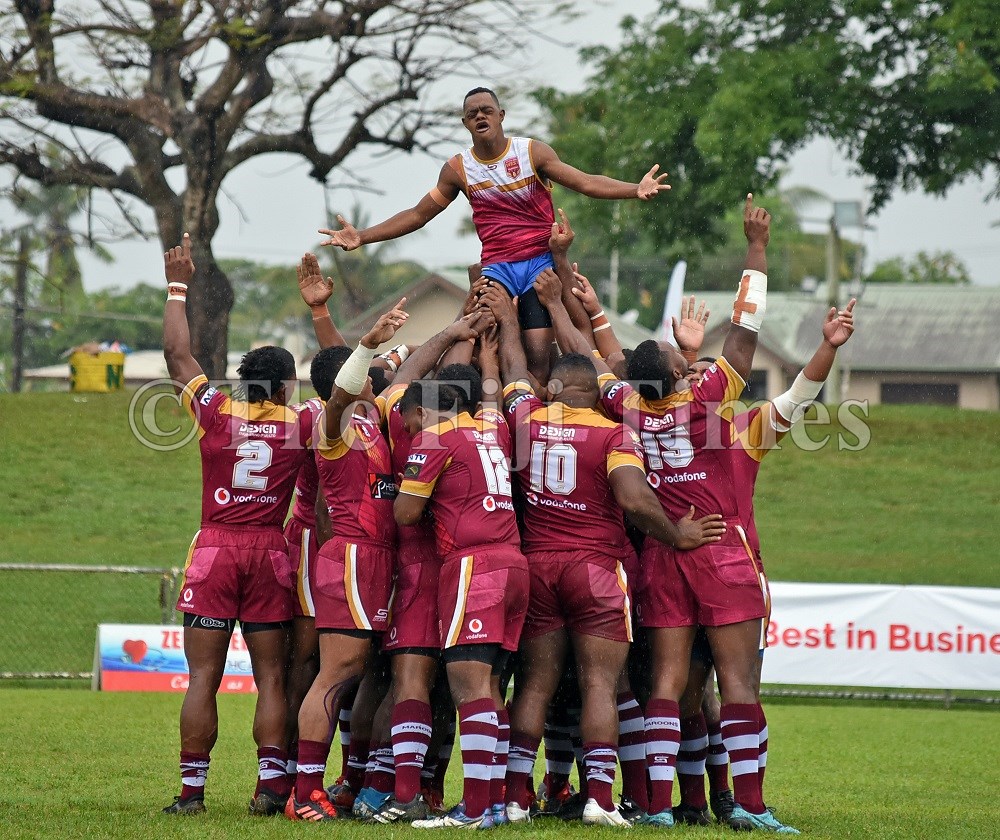 West Maroons team prays before the start of the match against East Blues during the Pherrus Vanua State if Origin II at Prince Charles Park in Nadi. Picture: REINAL CHAND

The players in the Western State Maroons rugby league squad are not guaranteed their positions for the Pherrus State of Origin decider at Churchill Park in Lautoka on November 21.

This is despite making a comeback to draw the series 1-all at Prince Charles Park in Nadi on Friday.

The side ended with 12 players after fullback Apolosi Tuiloma was sent to the sin bin in the last 10 minutes.

Maroons team coach Vela Tawake said the players would need to work on their discipline before the crucial fixture on November 21.

Tawake said they would also have to stick to their game plan.

“The boys need to keep possession and maintain their discipline,” Tawake said.

“We cannot give away penalties and have players spend time in the sin bin.”

Tawake said the fight for the 17-member squad for the third match remained open to all players.

“For the next game, the door is still open for other players to force their way into the squad.

“We have two more rounds of matches remaining in the Vodafone Cup Western State competition.

“The players in the current squad are not guaranteed their positions in the team. It will be on performance basis.

“The players will have to fight for their positions.”

The series is the Fiji National Rugby League state of origin competition.