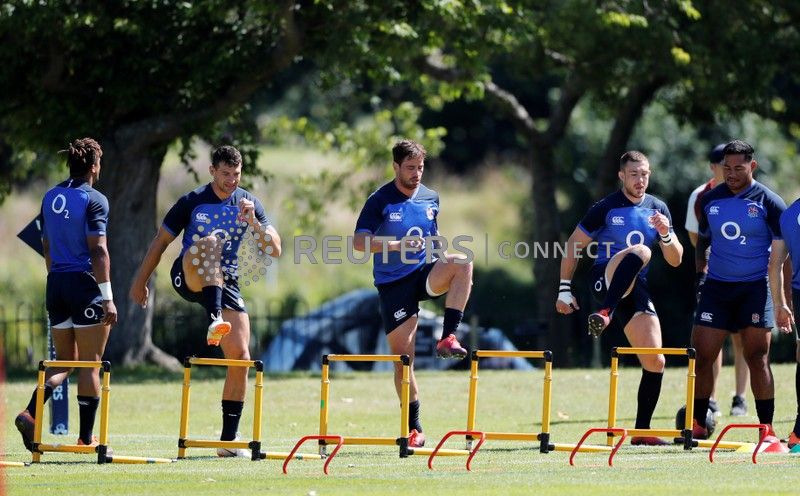 LONDON (Reuters) – Prop Joe Marler is on course for a surprise return to international rugby after being included in England’s World Cup training squad on Thursday, nine months after retiring, while flyhalf Danny Cipriani has also survived the latest cull.

The latest squad included players from Premiership finalists Saracens and Exeter, with another three of those – George Kruis, Jack Nowell and Mako Vunipola – not included while they continue their recovery from injury.

“We have looked at the squad carefully, tried to build up a squad that has enough experience, attitude and energy to be winners and I think we have that,” said Jones, who will eventually trim the group to 31 for the tournament in Japan in September and October.

With first-choice loosehead Vunipola fighting to recover from a serious hamstring injury, Marler’s return is a real boost after the 29-year-old initially walked away last year having won 59 caps, saying his England duty was conflicting with his family commitments.

“I saw Joe during the Barbarians week and he indicated that he had a desire to come back,” Jones said. “At his best he’s one of the best props in the world. Against South Africa in the third test last year he was outstanding.

Flyhalf Cipriani will also be delighted to have been retained as he battles for a first appearance at a World Cup. This season’s double Premiership player of the year last played for England in the June 2018 tour of South Africa, where he made his first start for a decade.

After various training camps at home and abroad, England will play four World Cup warm-up games – home and away to Wales and home against Ireland and Italy – before heading to Japan.