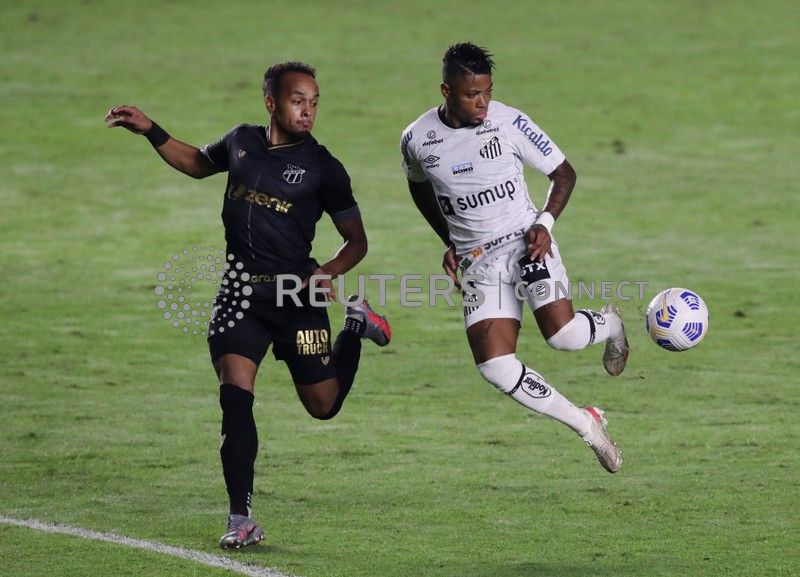 SANTOS, Brazil (Reuters) – Marinho made up for missing a first-half penalty by scoring in the second half to help Santos to a 3-1 victory over Ceara in Brazil’s Serie A on Saturday.

The tricky winger pulled his spot kick wide after just eight minutes, but Jean Mota managed to give Santos an early lead when he smashed a 25-meter drive into the top corner of the net after 19 minutes.

Vinicius equalized from the penalty spot on the stroke of half time, but Marinho took advantage of slack defending 18 minutes into the second half to restore Santos’ lead.

Kaio Jorge sealed the win for the home side nine minutes later when he headed home from a corner.

The result leaves both clubs with three points from their first two games of this season’s Serie A.