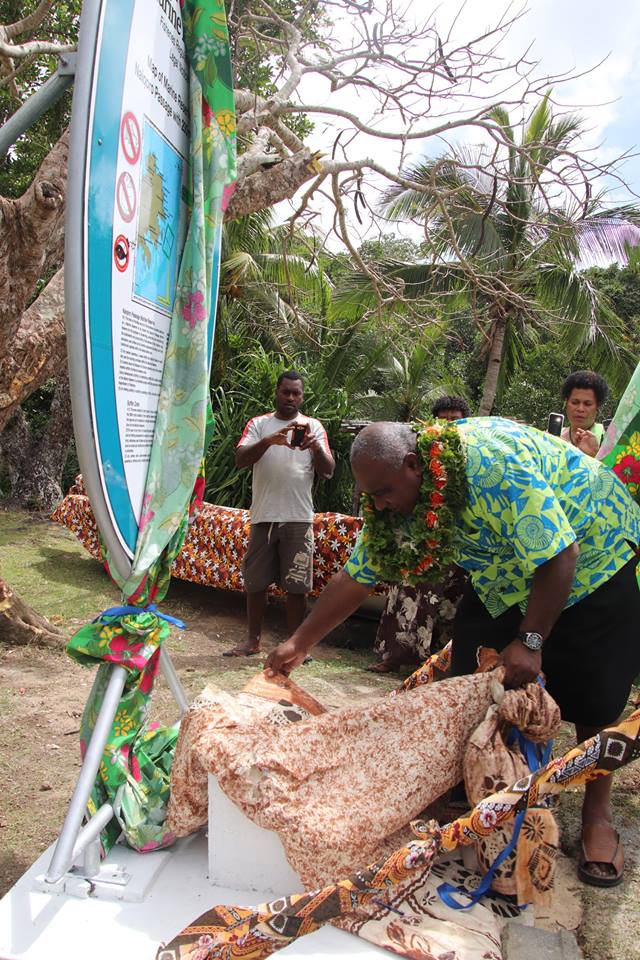 THE marine area reserve at Naiqoro Passage in Kadavu has become a blessing in disguise for qoliqoli (indigenous fishing area) owners at Matasawalevu Village.

Matasawalevu headman Uraia Korobiau said villagers did not have to venture into deep waters to catch a meal, they could now do it in the safety of lagoons.

He said as the fish population in the reserve increased, they spilled into the neighbouring qoliqoli.

“Fish that we used to catch out in the open sea are now caught within our lagoons, meaning our people do not have to be exposed to the elements to find sustenance,” he said.

“We are now catching saqa (trevally), walu (escolar) within our lagoons, also organisms rarely seen within this lagoon like clam shells are slowly returning to our fishing grounds.

“Naiqoro Passage was marked as a reserve area last year and was the official spawning site of kawakawa (rock cod) and sabutu (lethrinus mahsena).

“And because our people have respected the marine reserve area, they are now benefiting from the project.”

He said the passage had always been a traditional taboo area in the past and was officially recognised by the Ministry of Fisheries as a reserve last year.

The Naiqoro reserve touches on to the famous Great Astrolabe Reef — a major attraction for most visitors to Kadavu and the fourth-largest barrier reef in the world.