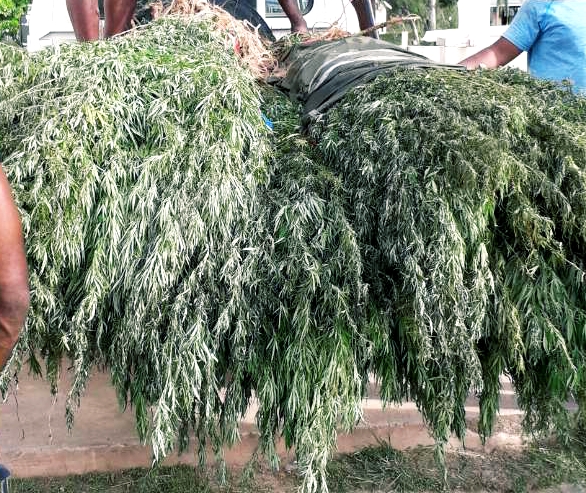 Plants believed to be marijuana that were uprooted from farms on Kadavu. Picture: SUPPLIED/FIJI POLICE

MARIJUANA with a street value of $49 million was seized by police during their first drug operation this year.

Last year, the street value of marijuana plants that were seized by police was $68 million.

This was revealed during a recent presentation to the Prime Minister, Voreqe Bainimarama, during his visit to the Fiji Police Academy at Nasova in Suva.