‘March’ to the polls and vote 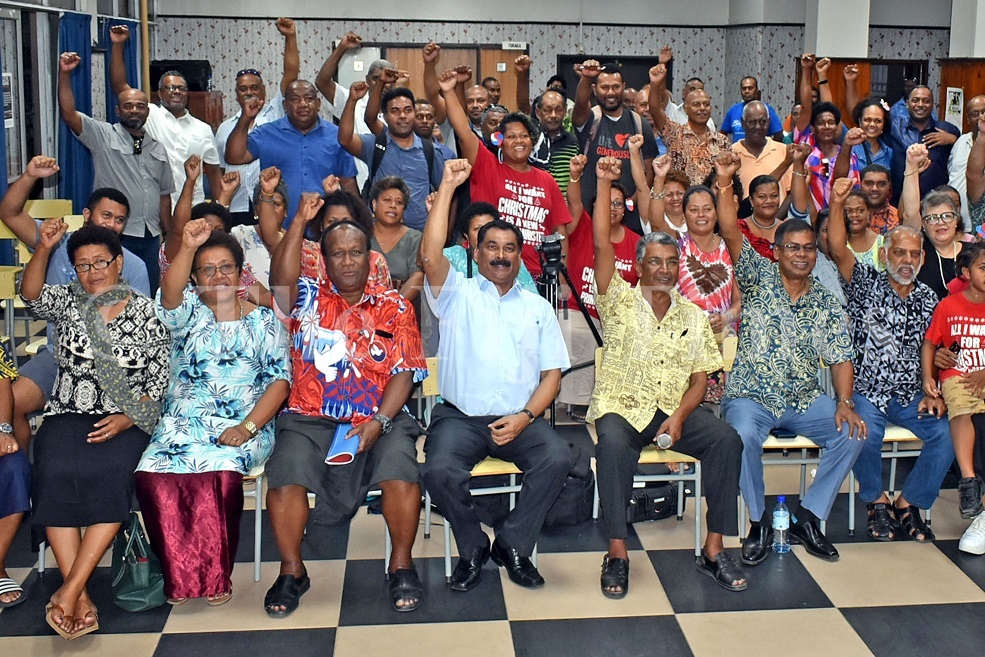 The government has denied us the right to march and raise awareness on issues concerning workers but on Election Day, I call on workers to march to the ballot box and vote, you do not need a permit for that.

“It’s time that the workers of this country understand that it is a vote that they will have to do for themselves,” he said.

“They’ve denied us to march on the roads of Suva.

“They don’t want us to march and raise awareness.

“This is the time for us to call on workers to march to the ballot box and vote.

“This is the time for workers.” Mr Anthony said the FTUC had been raising the issue of minimum wage for a number of years.

“We’ve been talking about minimum wage for quite some time, some eight years ago when we first decided on a campaign on minimum wage.

“And that minimum wage of $4 will come into effect on first of January.

“But yes, if this government wins power, then I also have doubts on that.

“Why, because they’ve already demonstrated what they did with the family care leave for workers.

“They gave it for five days, and then they took it away because they think we don’t need the family care. “Just like that, they unilaterally reduced public holidays by three days without actually realising what they’ve done.”

Mr Anthony said every worker in Fiji should use their vote to choose a government that would listen to their issues and allow them to practice their rights.

“I openly tell members that this is an opportunity to try and address the issues that we’ve been raising year round, year in, year out.