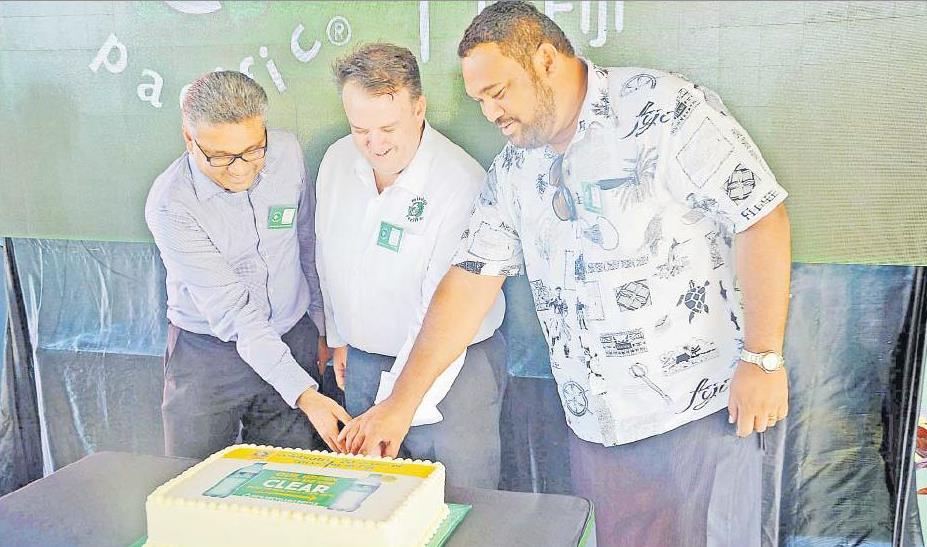 IT was a double celebration at the My Suva Picnic Park as Mission Pacifi c’s bottle buy–back scheme celebrated 20 years of recycling in Fiji while Coca-Cola Amatil Fiji (CCAF) launched its clear, recyclable Sprite bottle.

The launch of the new easily recyclable and clear bottles is the first in the Pacific and is in line with efforts to reduce, reuse
and recycle plastics.

Officiating at the launch, CCAF general manager Roger Hare said one of their responsibilities was to ensure that materials
used in their production processes could be easily recycled.

Mr Hare announced that Fiji was the first in the Pacific to launch the clear, easily recyclable bottles for their Sprite lemon and
lime-flavoured soft drink.

“The reason we have done this is to increase the bottles’ recyclability through wider acceptance by the recycling industry
so used Sprite bottles could continue to have another life,” he said.

“Green PET plastic is recyclable, and is recycled all over the world but there is more demand from recyclers for clear PET
plastic.

“Therefore, we have made a decision to change from the green to the clear bottle we launched today.”

“It is operated by Coca-Cola Amatil Fiji and our long-term partners FIJI Water and Motibhai Group of Companies” he said.

“Mission Pacific collects and prepares for recycling on average over 200 tonnes of plastic bottles per annum or, to put it in another way, approximately the same as the weight of 100 cars every year.

“As beverage manufacturers, we at Coca-Cola Amatil Fiji, FIJI Water and Motibhai Group of Companies believe it is our responsibility to have a long-term commitment to the sustainability of our packaging.”