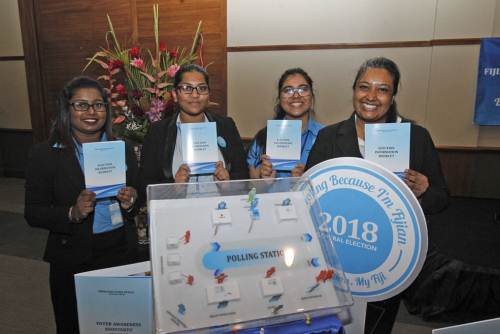 “These manuals are a vital resource for persons who will be working on election day to deliver the 2018 General Election,” Mr Saneem said.

“They contain the necessary instructions on what election officials are expected to do in their specific roles within the polling venues.”

“The manuals have been designed as a comprehensive guide on conducting polling, reconciliation of ballot papers and counting of votes at every polling venue,” he said.