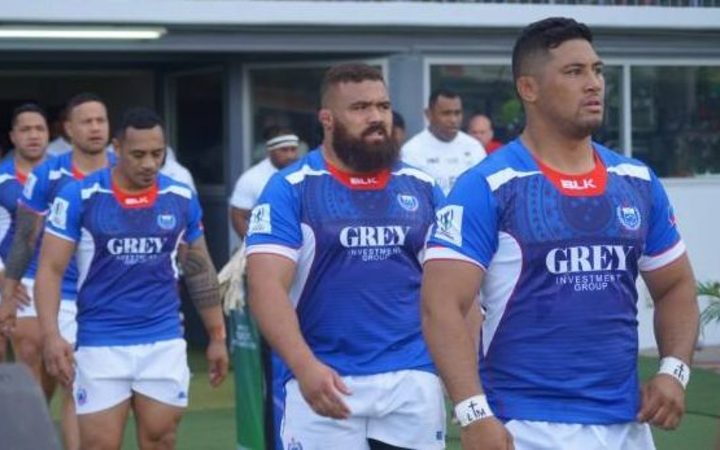 TBLISI, 16 NOVEMBER 2018 (RNZ PACIFIC) – Piula Fa’asalele and Dwayne Polataivaia will start for Manu Samoa against Georgia in the second match of their Northern Rugby Tour this weekend.

Toulouse flanker Fa’asalele was not selected for the Manu’s 30-29 defeat by the United States in San Sebastian while Auckland-based halfback Polataivaia was a second-half substitute.

Head coach Steve Jackson has named an unchanged tight five to start in Tbilisi however Motu Matu’u faces a fitness test to be cleared to play and has been bracketed with Manu Leiataua, with Ray Niuia to come into the matchday squad if he fails to recover in time.

Thirty-year-old Fa’asalele starts on the blindside flank, opposite captain Jack Lam, with Josh Tyrell shifting to number eight in place of Faifili Levave, who drops to the bench.

Polataivaia is the only new face in the backline and will partner veteran first five Tusi Pisi in the halves in his 10th test appearance.

Auckland halfback Pele Cowley takes his place on the bench while Harlequins number eight Mat Luamanu and wing Alofa Alofa are also poised to make an impact off the pine, after being called into the squad as injury replacements.
Manu Samoa winger Alofa Alofa playing for Harlequins against Saracens.

Jacob Petelo Mapu drops out of the matchday squad, after making his test debut against the USA, while midfielder Stacey Ili has been dropped and will have to wait at least one more week to make his test debut.

Samoa have played four tests against Georgia, with their only victory coming back in 2003.
Manu Samoa team: