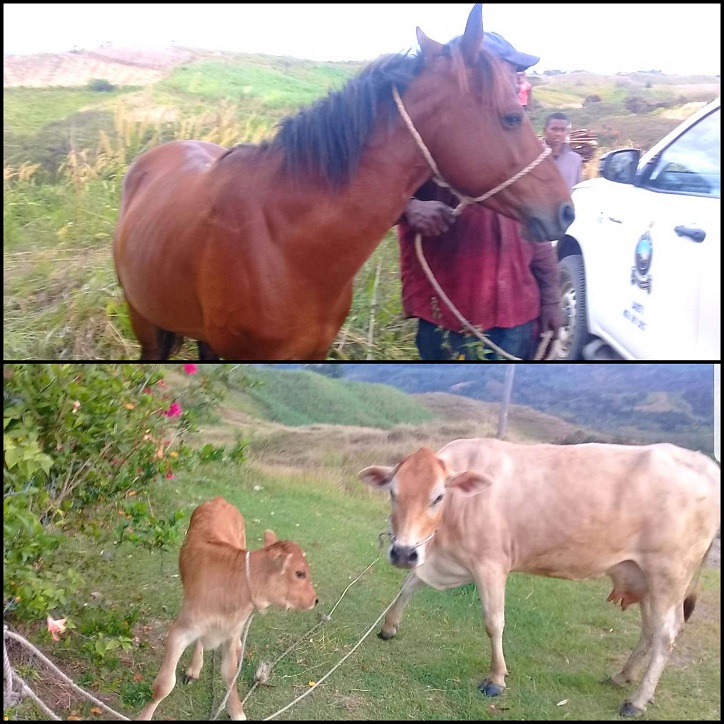 The livestock that were allegedly stolen from two farms in Sabeto, Nadi. Picture: SUPPLIED

AN early morning attempt to make some quick cash backfired on a Sabeto man after he was arrested following a tip-off from a member of the Sabeto Crime Prevention Committee.

Police spokesperson Ana Naisoro said the suspect had approached the member at his home in Keolaiya this morning and attempted to sell the livestock, which was allegedly stolen from a farm in Sabeto.

She said the member was suspicious of the suspect’s approach and called Sabeto Police, where the livestock matched the description of an alleged theft report lodged by another farmer this morning.

“Police were deployed to the scene at Keolaiya where they found the cow and calf and arrested the suspect,” Ms Naisoro said.

“The suspect travelled on horseback from Sabeto to Keolaiya and it was also discovered that the horse was allegedly stolen this morning from another farm.

“All livestock have been returned to the two farmers and Police are grateful for the support of the Crime Prevention Committee member for assisting in the quick arrest of the suspect who is in custody at the Sabeto Police Station.”