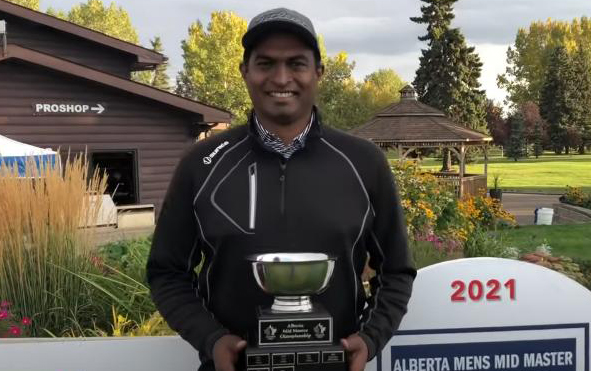 Calgary, Canada-based Shiro Mani has jetted into his home course of Lautoka Golf Club to be part of the Shop N Save Supermarket-sponsored 90th Lautoka Open Golf Championship.

His strong performance also saw him being crowned the 2021 Alberta Mid Masters champion.

Playing off a handicap of 1, Mani vividly remembers caddying for his late father, Nelso Mani at the golf links before migrating to Canada.

“I am excited to be part of this prestigious event that first played in 1931,” Mani said. “This will be my first outing for the national open.”