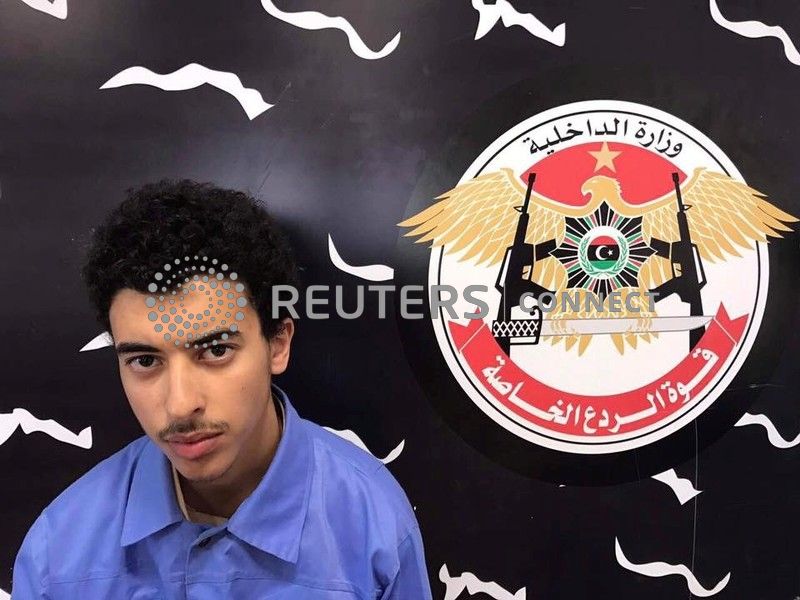 Hashem Abedi, the brother of a suicide bomber who attacked a concert in Manchester in 2017, is seen after being arrested, in this undated picture released by Libya's Ministry of Interior's Special Deterrence Forces and obtained by Reuters on July 18, 2019. Libya's Ministry of Interior's Special Deterrence Forces/Handout via REUTERS

LONDON (Reuters) – The brother of the suicide bomber who blew himself up in a deadly 2017 attack in the northern city of Manchester appeared in a London court on Thursday after his extradition from Libya.

Hashem Abedi, 22, who returned to the UK on Wednesday, appeared at Westminster Magistrates’ Court charged with the murder of the 22 people who died in the explosion, attempted murder and conspiracy to cause an explosion.

His lawyer said he would be denying the charges.

Wearing glasses and a grey tracksuit, Abedi stood to confirm his name, date of birth and to confirm he currently had no fixed address. When asked for his nationality, he replied “British.”

His older brother Salman Abedi blew himself up at the end of a show by U.S. singer Ariana Grande at the Manchester Arena two years ago.

Zafar Ali, representing Abedi, said his client denied all the charges and had not opposed his extradition back to the UK because he wanted to clear his name.

Abedi will next appear via video-link at Oxford Crown Court on July 22 for a bail hearing. A pre-trial hearing will take place at the Old Bailey court in London on July 30.