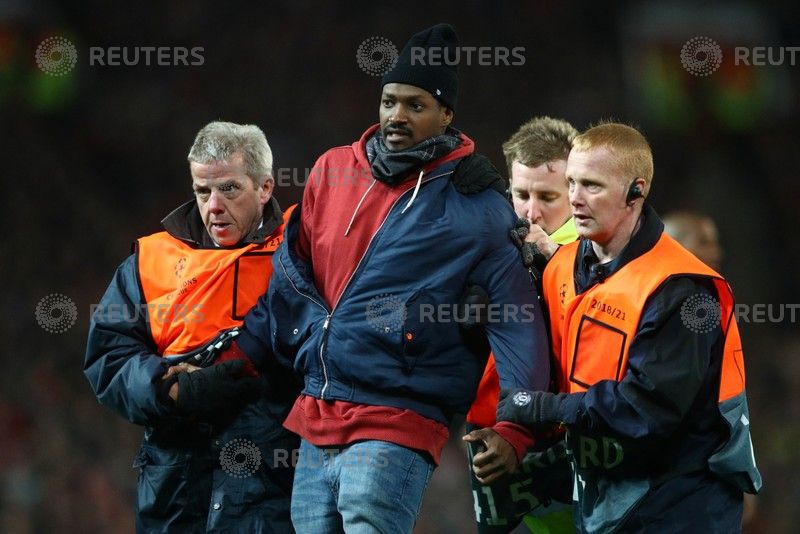 (Reuters) – Manchester United will review security measures at Old Trafford after a pitch invader during last month’s Champions League match with Juventus was found to have carried two toy guns into the stadium in his backpack.

“Carrying a children’s miniature plastic toy gun into a stadium is clearly an irresponsible act. Fortunately, the actions of the pitch intruder at the Juventus game did not harm anyone,” the BBC quoted a United spokesperson as saying.

“However, as the security and safety of all fans and staff is the absolute priority at United, the club launched an investigation. This includes a full review of our already rigorous security protocols.”

European soccer’s governing body UEFA have charged United for field invasions by two spectators during the 1-0 home defeat by Juventus. They have until Nov. 22 to respond.

In 2016, United evacuated the stadium minutes before a Premier League game after a suspicious package was found. The device was later determined to be fake and had been accidentally left behind after a training exercise.