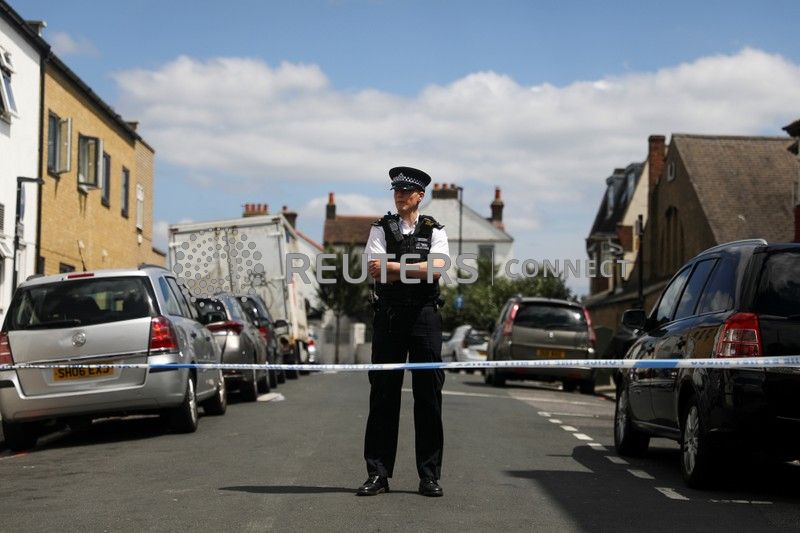 A police officer stands at the cordon on the street where a heavily pregnant woman was stabbed to death in the Thornton Heath area of London, Britain June 30, 2019. REUTERS/Simon Dawson

(Reuters) – Detectives investigating the double homicide of a pregnant woman and her baby arrested a 25-year old male on suspicion of murder, Britain’s Metropolitan police said on Thursday.

Kelly Mary Fauvrelle, 26, who was eight months pregnant, was found stabbed to death in a house in Croydon, south London, last month. Her baby boy Riley, who was delivered after the attack, was taken to a hospital in a critical condition and later died.

“The male has been taken to a central London police station where he remains at this time,” the Metropolitan Police said in a statement http://bit.ly/2xI7E9B, adding that enquiries would continue.