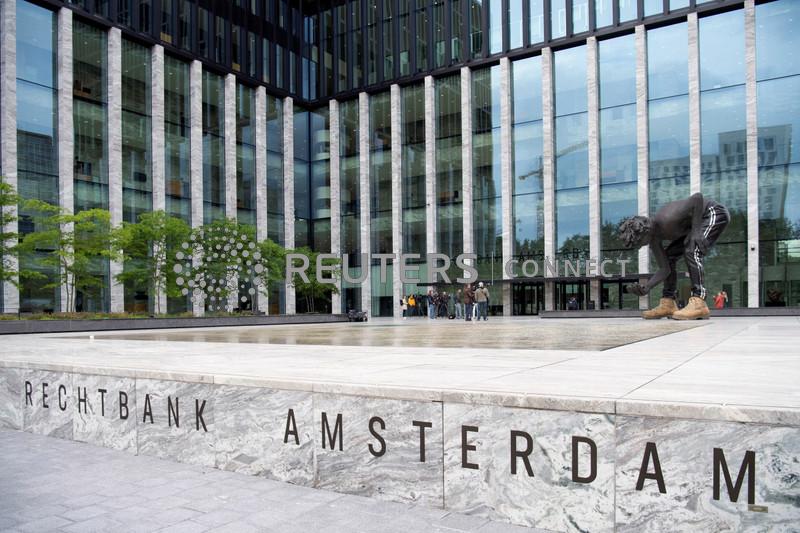 FILE PHOTO: A general view outside the court ahead of the start of the trial of two men accused of murder over the killing of celebrity Dutch crime reporter Peter R. de Vries, who was gunned down in a busy Amsterdam street last year, in Amsterdam, Netherlands June 7, 2022. REUTERS/Piroschka Van De Wouw

“A suspect was arrested, a 27-year-old Polish man, for coordinating the men who carried out the killing,” prosecutor spokesperson Brechtje van de Moosdijk told Reuters.

De Vries was gunned down last July on a busy Amsterdam street. The killing prompted a nationwide outpouring of grief and anger. Two men are currently on trial for carrying out the killing.