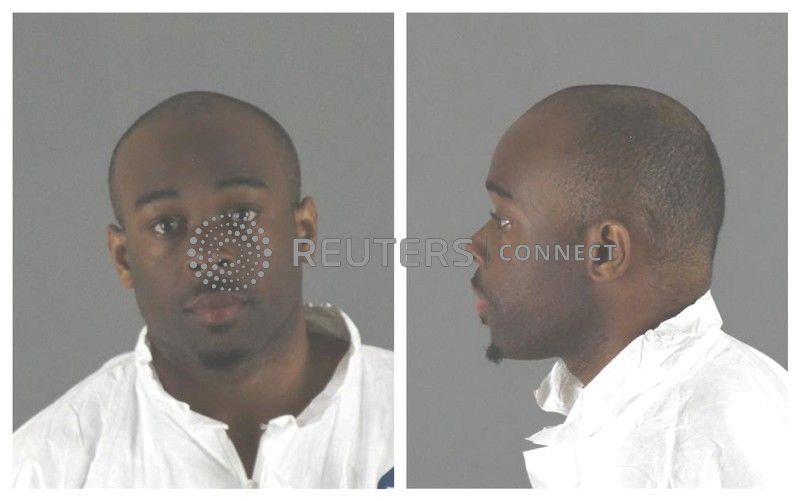 FILE PHOTO: Emmanuel Deshawn Aranda, charged with attempted homicide of a 5-year-old boy thrown or pushed from a third-floor balcony at Minnesota's Mall of America, is seen in this combination photo from police released pictures in Bloomington, Minnesota, U.S., on April 12, 2019. Courtesy City of Bloomington Police Department/Handout via REUTERS/File Photo

(Reuters) – A man who admitted hurling a 5-year-old boy off a third-floor balcony at Minnesota’s Mall of America was sentenced to 19 years in prison on Monday.

Emmanuel Aranda, 24, was sentenced in a Hennepin County District Court, two weeks after he agreed to the prison term and pleaded guilty to attempted first-degree murder, a crime that carries a maximum sentence of 20 years behind bars, said Chuck Laszewski, spokesman for the county’s district attorney’s office.

The incident occurred on April 12.

Both the mother and father of the child, who was critically injured in the fall, forgave Aranda in victim statements Laszewski provided to Reuters.

“I don’t get to judge you or hate you. Instead I am full of God’s love and I have overwhelming joy and peace in my body as I sit and watch my boy heal in miraculous ways right in front of my eyes,” the boy’s mother said in her statement.

Ten days ago, his parents said on GoFundMe that their son suffered non-life-threatening complications from his injuries that required additional procedures to correct.

The child has inspired well-wishers to donate more than $1 million on the donations site in a campaign titled “Help for Landen – Mall of America Attack Victim.” He was described on the site as a sweet, kind child who enjoyed soccer and playing hockey with his brother and sister.

Aranda has a history of mental issues and arrests on minor charges.

He admitted dropping the boy nearly 40 feet (12 meters), telling investigators he had been visiting the mall for years to try to talk to women, but was rejected and became angry, prosecutors wrote in a criminal complaint. Aranda said he initially intended to kill an adult, but chose the boy instead.