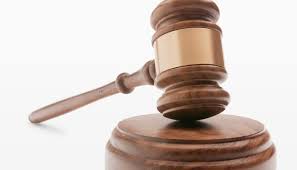 AN emotional scene was witnessed at the High Court in Lautoka on Thursday when a man promised to handle full responsibility of his father while on bail.

The Nadi plumber was called alongside his wife before Justice Sunil Sharma to be reminded of their roles as sureties for his father – who faces one count of rape.

In his response, the man replied in an emotional voice that he stood ready to cop full responsibility now that his father would be under his care and he would ensure that there was no breach of his bail conditions.