Man of the sea – No other way for Manu 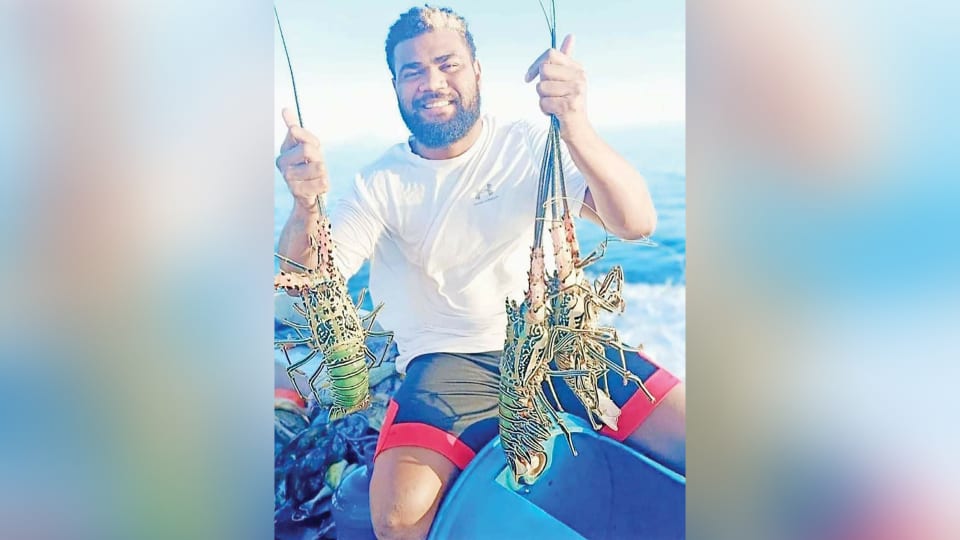 Manu Rauga of Dalomo in Yasawa-i-Rara with lobsters ready to hit the market. Picture: SUPPLIED

After dropping out of Year 12 in 2012 due to personal reasons, Manu Rauga decided to follow in the footsteps of his father who dives for a living.

The lad from Dalomo in Yasawa-i-Rara was at ease with his decision because he not only had some knowledge about diving, but he had a great teacher in his father who had decades of experience in the underwater world.

Manu said at the time there was no question that he was best suited to be a fisherman. And while some fishermen used longline or nets for equipment, Manu says he preferred to dive near reef areas as it allowed him to choose his catch.

“I left Lautoka Muslim School because I wasn’t coping well with school work and I knew I had to find a way to help my father look after our family, which includes my two younger siblings,” Manu said.

The 27-year-old said he had always wanted to dive just like his father because he observed everyday how his father worked hard to catch fish at night and sold them the next morning at the Lautoka Wharf.

“I was proud of my dad and he has been doing this for years, to help us so it was an easy decision for me to make and I followed his footsteps.

“I felt the burden he carried when we were fast asleep at home.”

Manu said he worked with five other boys and they kept the same routine – diving at night and returning early in the morning to sell their catch at the wharf.

“The group shares the fuel cost of $300 for the boat and we contribute an extra $20 each for the hire of the boat.

“We have our own batteries and torch, spear guns and swimming suits that keep us warm at sea especially at night.

“When we are out at sea we have to be more careful while diving because there are always sharks around. Also divers work together and the boat is always stationed nearby in case of an emergency.

“Before COVID-19 hotels in the west ordered lobsters from us and we sold it at $45 a kilogram. It was a really good for us divers considering the risks and work put in by drivers to retrieve lobsters from the bottom of the sea. Now lobsters sell for only $15 a kg, a big drop.

We lay our hopes in news that hotels are opening soon and we will eventually see better prices returning. I’m the eldest in my family and responsible to also provide for my family and help in our financial contribution to the church and vanua.

“Middlemen crowd the wharf at this time and some even travel from as far as Suva to buy fish from us because we sell a bundle of fish for a decent price. If things return to normal with hotels reopening I’d like to go back to selling lobsters to the hotels so I can buy land and build our house.”