Man in custody for attacking policeman with an axe 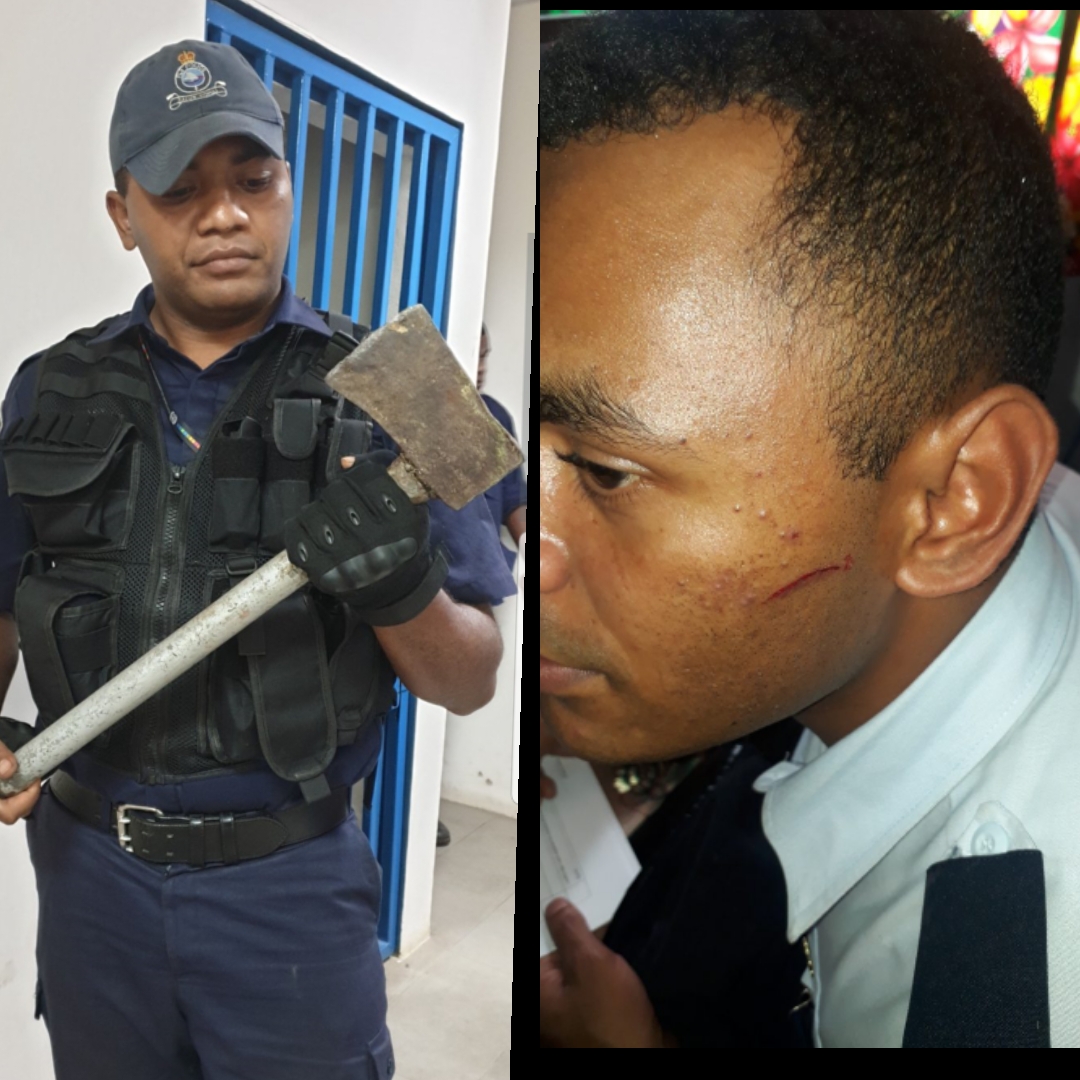 A man entered the Cunningham Community Post and attacked the Police Constable on duty with an axe. Picture: SUPPLIED

A MAN is in Police custody after attacking a policeman with an axe.

Police spokesperson Ana Naisoro said the man entered the Cunningham Community Post after 3am this morning and attacked the Police Constable on duty with an axe.

“Quick response from the Valelevu Taskforce team led to the arrest of the suspect and he is currently in custody at the Valelevu Police Station,” Ms Naisoro said.

“The Police Constable was unharmed during the incident,” she said.