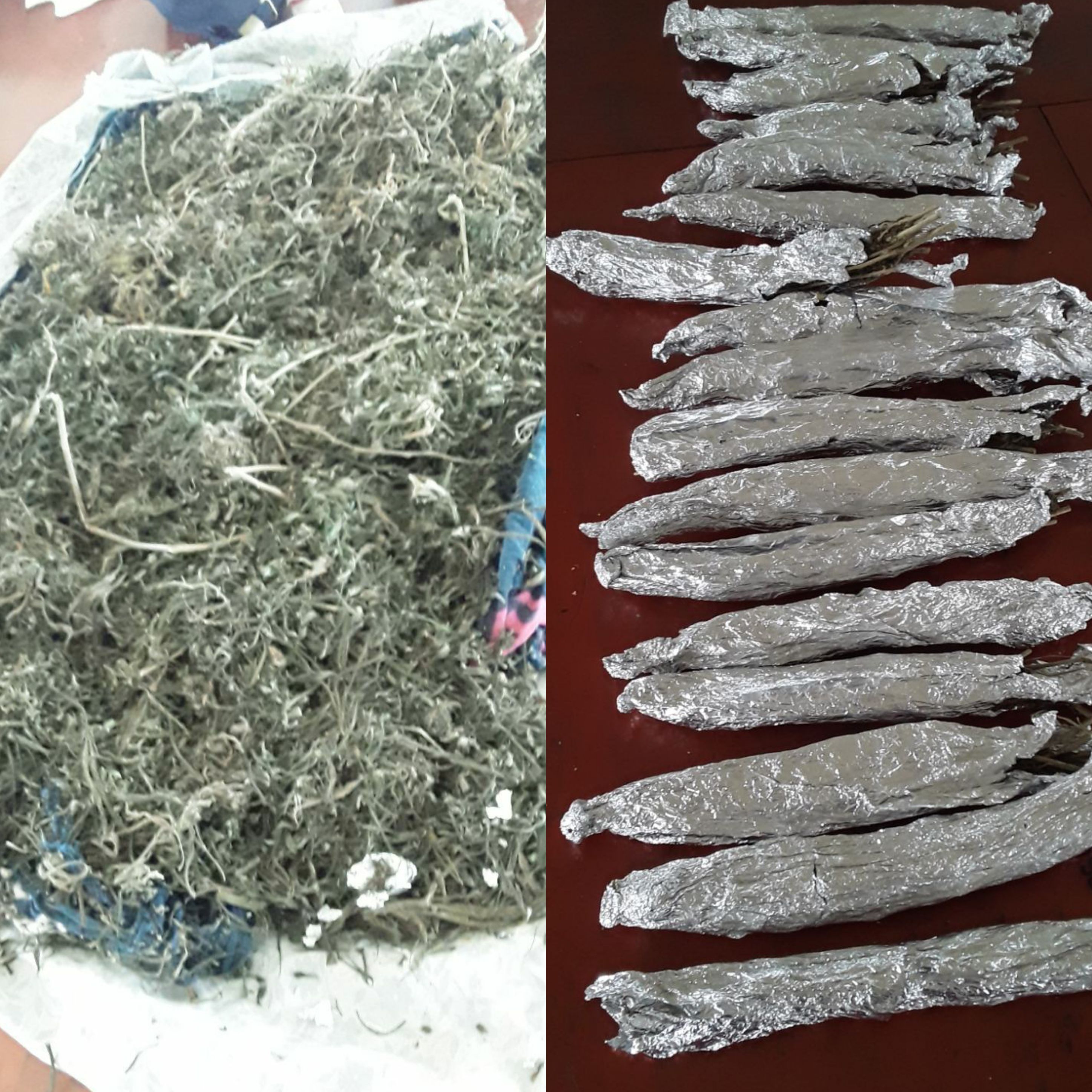 Dried leaves and branches believed to be marijuana that were confiscated from a home in Valelevu, Nasinu. Picture: SUPPLIED/FIJI POLICE

A 28-year-old man originally from Taveuni on Vanua Levu was arrested by Police after a search conducted at his partner’s home in Valelevu yesterday resulted in the discovery of dried leaves believed to be marijuana.

Police spokesperson Ana Naisoro said the search was part of a joint raid conducted by officers from Valelevu and Nasinu Police Stations.

She alleged dried leaves wrapped in a cloth and dried branches all believed to be marijuana were found and confiscated from the residence.

“The seized substances have been sent for analysis while the suspect remains in custody,” Ms Naisoro said.