Man forced to beg on the streets to feed son, wife 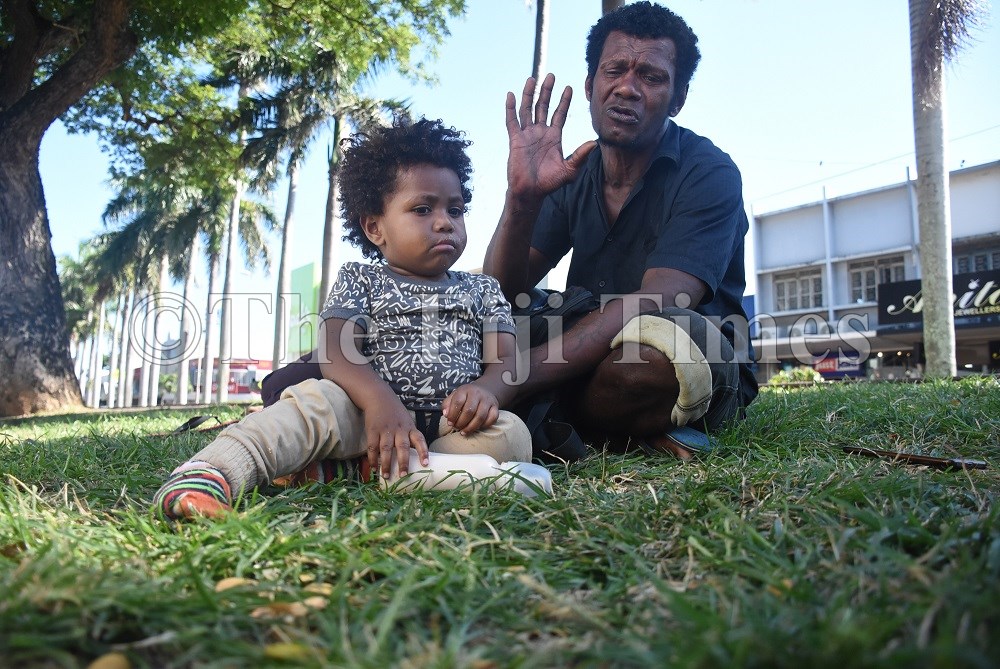 A canecutter has been forced to beg on the streets of Lautoka to get enough money to buy diapers and milk for his one-year-six-month-old son.

Filipe Naikausa of Wairabetia said he had no other option but to beg to be able to feed his family because he claimed he had not been fairly paid by his employer for the past month.

“I have to do this to be able to feed my baby son and my wife,” he said.

“How can I afford to buy diapers and milk for my son and food for my family?

“This is the only option I have come up with and I hope that we will return home with something to feed the family.”

Mr Naikausa said he had been a cane labourer for the past few years and was given a home to live in by his employer.

He said he would rely on seasonal crops he planted on his farm when the sugar crushing season was over.

“However, this season has been quite hard for me and my family because I was not given what I was promised as a labourer.”

A team from this newspaper caught up with the family as they sat along the tramline under the scorching sun yesterday, hoping for the kindness of strangers to provide them with enough to feed their baby.

“I am pleading with good Samaritans, please assist us by giving us a few groceries and some diapers to help my son and my family.”