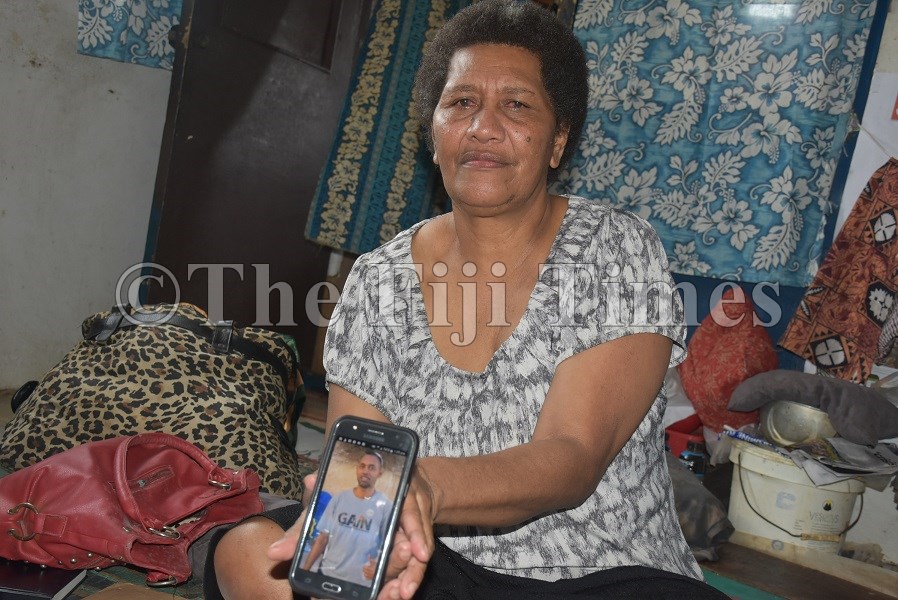 Pete Navosailagi never got to celebrate his 29th birthday yesterday.

The 29-year-old allegedly drowned while swimming with friends in a river in Waiyala, Keiyasi, Navosa, on Sunday.

Mr Navosailagi was a communications specialist with the Seventh-day Adventist Church.

His mother, Adi Ateca Vokili, said even though his death was unexpected, she was at peace because she believed he died “a humble and true servant of God”.

“Today (yesterday) was Petero’s 29th birthday and I was looking forward to wishing him another fruitful year of life,” Adi Ateca told this newspaper during an interview at their Simla, Lautoka, home.

“All that changed when police knocked on my door on Sunday afternoon to reveal the sad news that Pete was no more.”

Ms Vokili said she last spoke to her son last week when he called to apologise that he would not be able to make it home during his church visit to Lautoka.

General secretary of the Seventh-day Adventist Church Trans Pacific Union Mission Bob Larsen said he had been with the organisation for the past five years.

He described Pete as “cheerful” and “someone who would get along with anyone”.

Mr Larsen said the church was saddened about Mr Navosailagi’s sudden passing because he was “a very hardworking person”.

He said Pete had been working and living at the church headquarters while his family home was in Lautoka.

“Pete had really connected with a lot of people,” Mr Larsen said.

“We’ve seen him grow with his ability to do graphic design and particularly, in the past few years, he was into web design and communications through social media and he had done video editing and we really appreciated the work that he had done.

“He was a friendly person and he was easy to get along with and that is why we really miss him.”

The drowning toll stands at 31 compared with 25 for the same period last year.