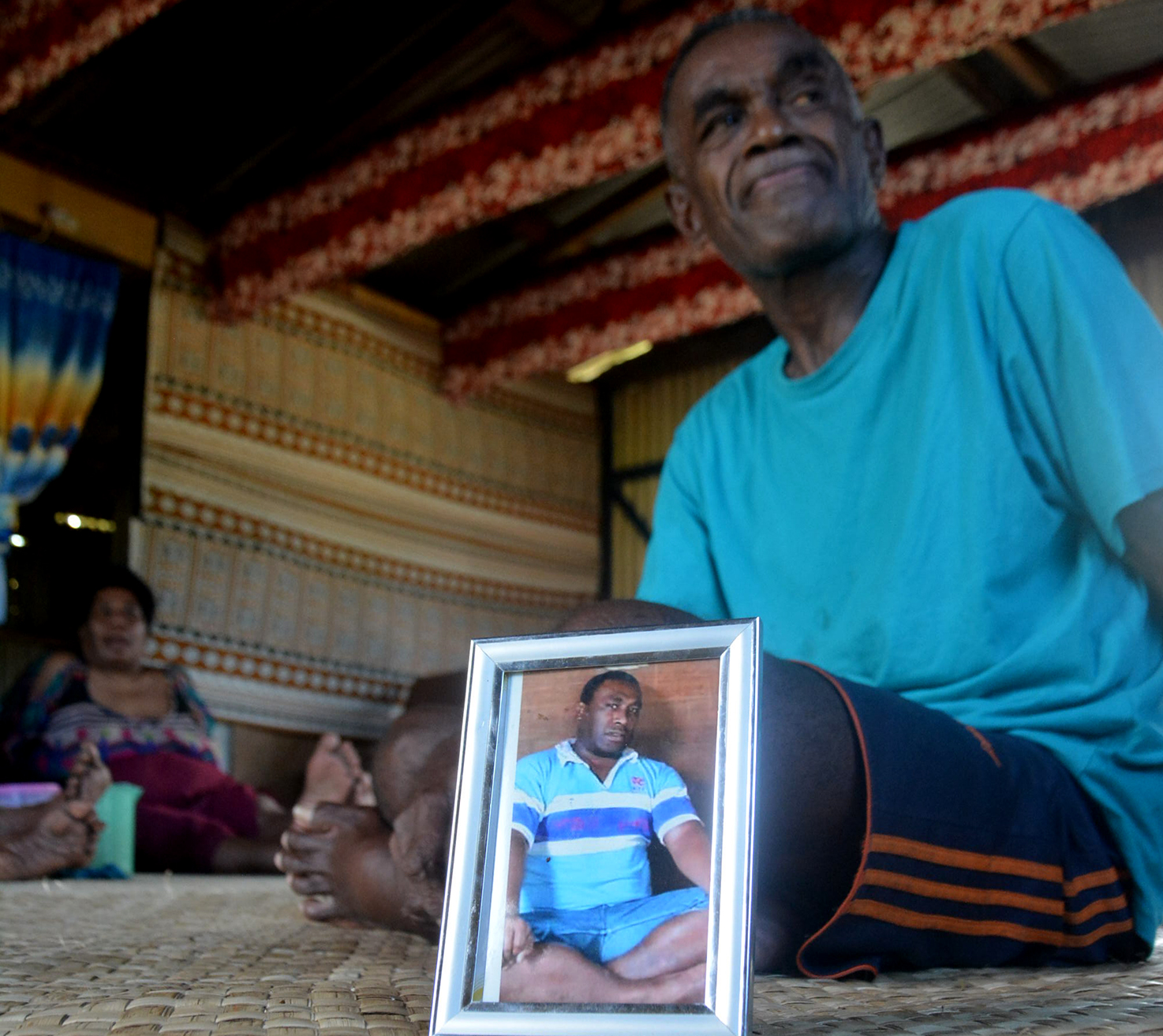 Jack Maikali with a picture of his son Timoci Dogai , the 34-year-old security guard of Waidradra, Navua, who was alleged to have been murdered earlier this month at Waidradra Settlement , near Pacific Harbour. Picture: JONA KONATACI/FILE

THE man who is alleged to have murdered the 34-year-old security guard of Waidradra, Navua  earlier this month has been charged.

Police spokesperson Ana Nasisoro confirmed this in a statement issued today saying the suspect who is in his 20s remains is charged with one count of murder and will be appearing at the Navua Magistrates Court today.

Ms Naisoro had earlier said that the suspect had allegedly fled into the interior of Navua once investigators had established solid leads into his alleged involvement.

“The suspect was arrested at Dakunikoro Farm after surrendering himself to Navua Police,” Ms Naisoro said.