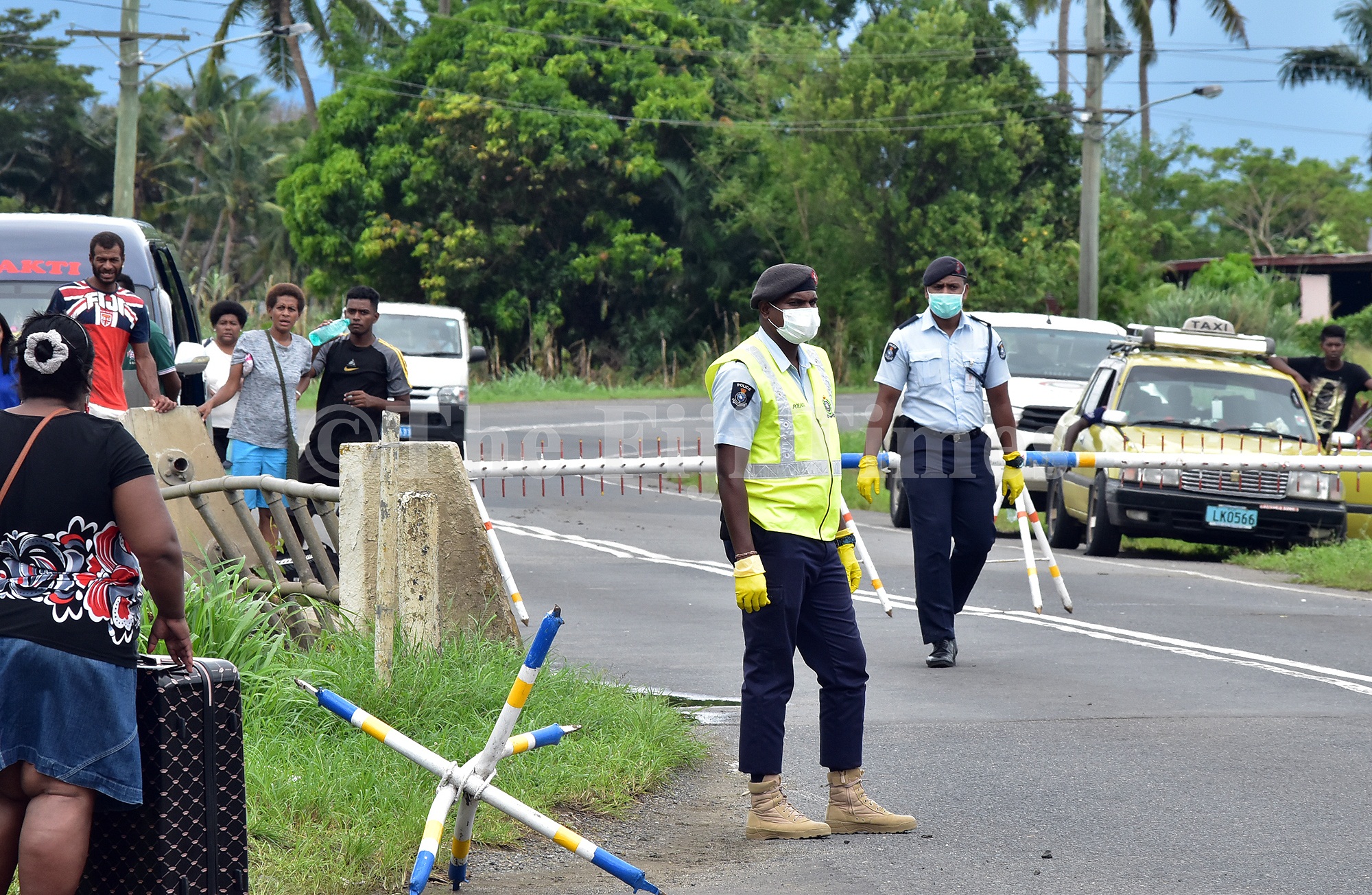 Locked out... Police officers at the Natalau checkpoint in Lautoka. Picture: BALJEET SINGH

A 25-year old man was arrested in Caubati and charged for allegedly breaching the Lautoka lock-down conditions after he left Lautoka on March 27.

According tot Police, he will be produced at the Nasinu Magistrates Court tomorrow.

Police Commissioner Sitiveni Qiliho said the continuous breaches of the restrictions are a serious concern because of the threats and risks involved, and needs to stop.

“We are dealing with an invisible threat that can only be effectively destroyed if everyone works together to stop its spread by adhering to the movement restrictions placed on the Lautoka area, as well as complying with the Ministry of Health and Service’s advice with regards to self-isolation,” he said.

“We have processing teams all over the five Divisions who will handle these cases as they are received and we acknowledge the support of members of the public who have been forthcoming with information about the suspected breaches in their communities.”