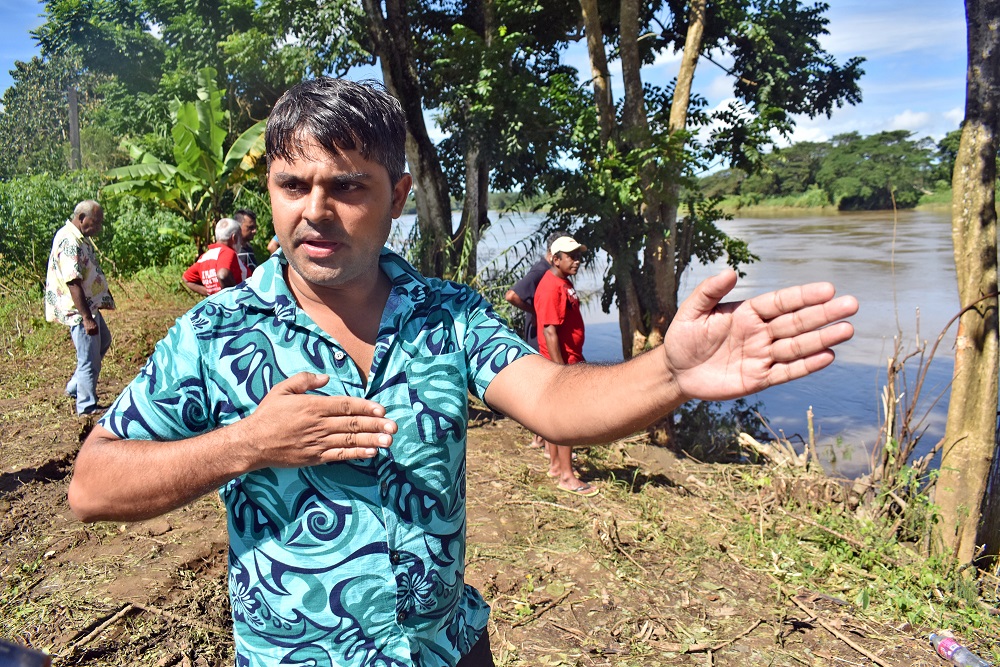 Rizwan Ali retells the story of what he witnessed when the vehicle driven by Tasleem Ali, 18, moments before it veered off the road and plunged into the Rewa River at Baulevu in Nausori. Picture: JONACANI LALAKOBAU

A MAN whose car was overtaken by the car driven by Tasleem Ali, 18, moments before it veered off the road and plunged into the Rewa River has finally broken his silence.

Rizwan Ali was travelling towards Nausori with a workmate when the incident happened along Baulevu last Wednesday. The 39-year-old said what transpired that morning was “out of this planet and very dangerous.”

“I noticed a car behind me was driving at a very high speed and then later overtook me,” he claimed.

“I saw the car traveling way ahead of me, but then a few minutes later, I noticed it was taking a u-turn after it veered off to the opposite lane.

“It was terrified so I stopped my car to avoid getting hit and after a few minutes, the vehicle took a wrong turn plunging into Rewa River.”

“I still have nightmares because everything just happened right in front of me and it was like watching a movie,” he said.

“I couldn’t see any trace of the car in the river when I went to check it out.”

He said he then stopped every vehicle passing by to request for help as the car submerged into the strong currents.

Meanwhile, police and navy divers have searched the area of the Rewa River where Tasleem’s car plunged into, but to no avail.

Police confirmed last week that poor visibility and strong currents had been hindering their searching and diving operation.

They are expected to continue their search today.