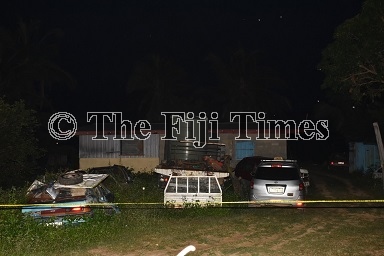 A 53 -year- old man who is alleged to have murdered his defacto-wife is in police custody at Sigatoka.

It is alleged that the suspect struck the victim with a cane knife yesterday that had resulted in her death.

The man is also alleged to have attacked her 14-year-old stepdaughter who is also admitted at the Lautoka Hospital with injuries sustained from the alleged attack.