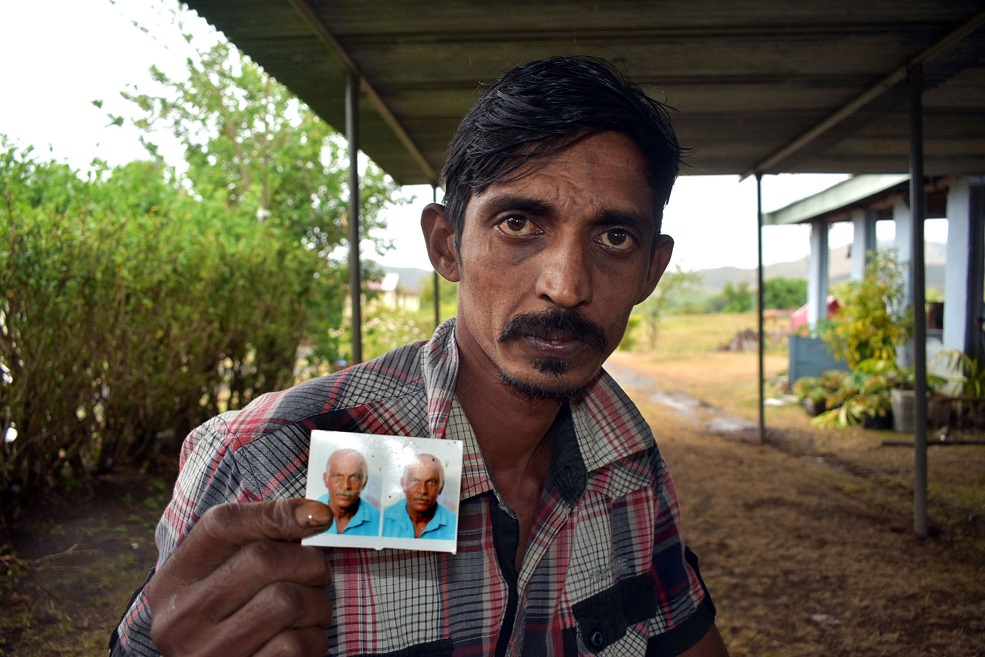 Parnesh Varma shows a photo of his father at their Nanuku residence yesterday. Picture: ANISH CHAND

A 65-YEAR-OLD Rakiraki man is the latest road fatality.

Karta Kaar Varma died after he was allegedly hit by a taxi on Monday night at Nanuku, Rakiraki.

Police said Mr Varma was allegedly standing in the middle of the road when the accident occurred.

He was rushed to the Rakiraki Hospital and passed away hours later.

“He was a farmer and stayed here all his life,” said his son Parnesh Varma.

Police have questioned the 43-year-old taxidriver as investigations continue.

Meanwhile, a 12-year-old student of Korobaba, Nabitu in Tailevu, who had allegedly jumped out of a moving vehicle last week, has died.

She was a passenger in a carrier driven by a 45-year-old man from Lomainasau Village.

The national road death toll stands at 40 compared to 58 for the same period last year.