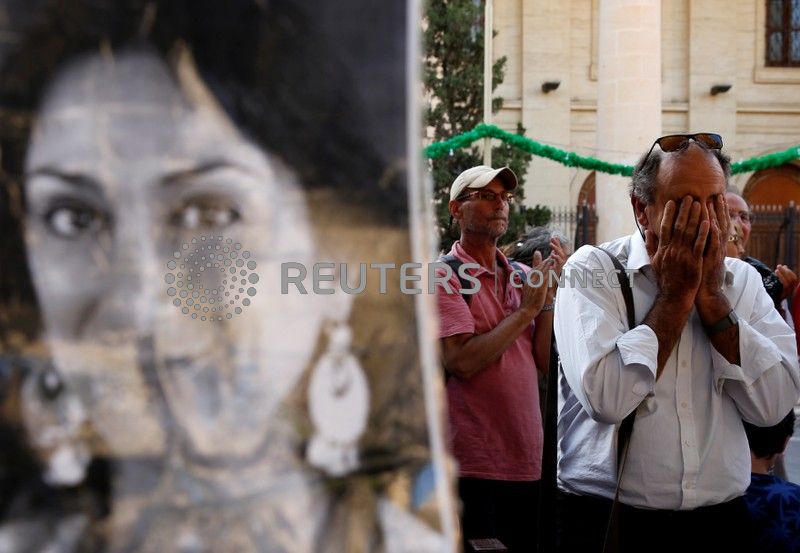 VALLETTA (Reuters) – The government of Malta, under international pressure, said on Friday it would make a public, independent inquiry into the murder of anti-corruption journalist Daphne Caruana Galizia.

Caruana Galizia, who wrote a well-followed anti-corruption blog, was killed by a car bomb outside her home on the small Mediterranean island on Oct. 16, 2017.

Europe’s chief human rights watchdog, the Council of Europe, said in June that the failure to identify who was behind the murder raised questions about the rule of law in Malta.

It gave Maltese authorities until Sept. 26 to start a public inquiry aimed at establishing whether the journalist’s death could have been prevented.

Three men have been under arrest since December 2017 and are due to stand trial for the murder. However, police are continuing their investigations to try to find out who ordered the killing, and why.

The Malta government said Prime Minister Joseph Muscat had appointed retired Judge Michael Mallia to preside over the inquiry. He would be assisted by a law professor and a retired forensics expert.

The government said that the independent review must not prejudice the active criminal investigation. It added that the inquiry should conclude its work within nine months.

Muscat, a frequent target of Caruana Galizia’s writings, has offered a 1 million euro ($1.1 million) reward for information leading to the arrest of those behind her killing.

Caruana Galizia published accusations of corruption, money laundering and influence peddling by people at the highest levels of Maltese society, all of which they denied.

Her family have repeatedly demanded a public inquiry, saying it was the best hope of uncovering the truth.