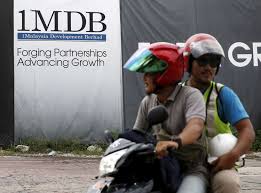 KUALA LUMPUR (Reuters) – Malaysia on Tuesday said the U.S. government had returned some $57 million in funds recovered from 1MDB assets in the “first installment” of funds to be repatriated under a U.S. kleptocracy asset recovery initiative.

The U.S. Department of Justice (DoJ), in the biggest ever case in its anti-kleptocracy program, is pursuing billions of dollars it says were misappropriated from 1Malaysia Development Berhad (1MDB), a state fund founded by former Malaysian prime minister Najib Razak.

The $57 million repatriated to Malaysia was forfeited from Hollywood film production company Red Granite Pictures, which is linked to Najib’s stepson Riza Aziz, according to the Malaysian Attorney-General’s chambers (AGC).

The DoJ is also in the process of remitting another $139 million, pending the sale of a Manhattan property linked to fugitive Malaysian financier, Low Taek Jho or Jho Low, the AGC said in a statement.