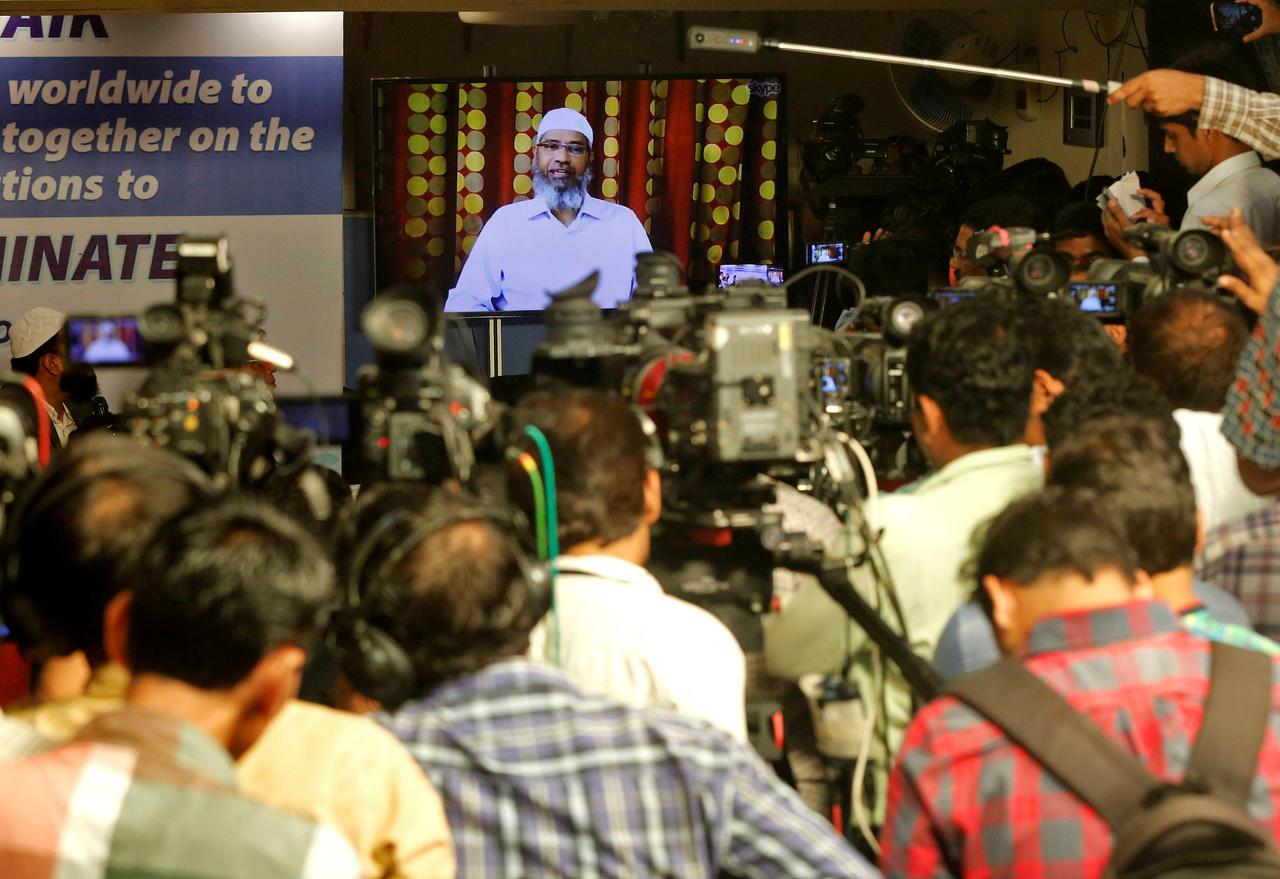 Naik, who has lived in Malaysia for about three years, has come under fire for his recent comments that Hindus in the Southeast Asian country had “100 times more rights” than the Muslim minority in India and that they sometimes believed in the Indian government more than the Malaysian one.

Race and religion are sensitive issues in Malaysia, where Muslims make up about 60 percent of its 32 million people. The rest are mostly ethnic Chinese and Indians, most of whom are Hindus.

Malaysia’s Minister of Human Resources M. Kulasegaran said Naik’s comments could have been aimed at creating a fissure in the multi-racial nation so he could win the favor of Muslims.

He said Naik did not deserve the status of a permanent resident and that the matter would be discussed by Cabinet, which meets on Wednesday.

Naik, who has repeatedly rejected the charges against him in India, denied the allegations made by Kulasegaran and others in Malaysia.

“My praise of the Malaysian government for its Islamic and fair treatment of Hindu minorities is being twisted and misquoted to suit political gains and create communal rifts,” he said in a statement to reporters on Wednesday.

Malaysian state news agency Bernama quoted Prime Minister Mahathir Mohamad as saying late on Tuesday Naik cannot be sent back to India for “fear of being killed” there.

“If any (other) country wants to have him, they are welcome,” he said, according to Bernama.

The National Patriots Association, a group of Malaysian military and police veterans, also denounced Naik’s comments, saying that many ethnic Indians in Malaysia had served in the country’s security forces.

India banned Naik’s Islamic Research Foundation in late 2016, accusing him of encouraging and aiding its followers to “promote or attempt to promote feelings of enmity, hatred or ill-will between different religious communities and groups”.