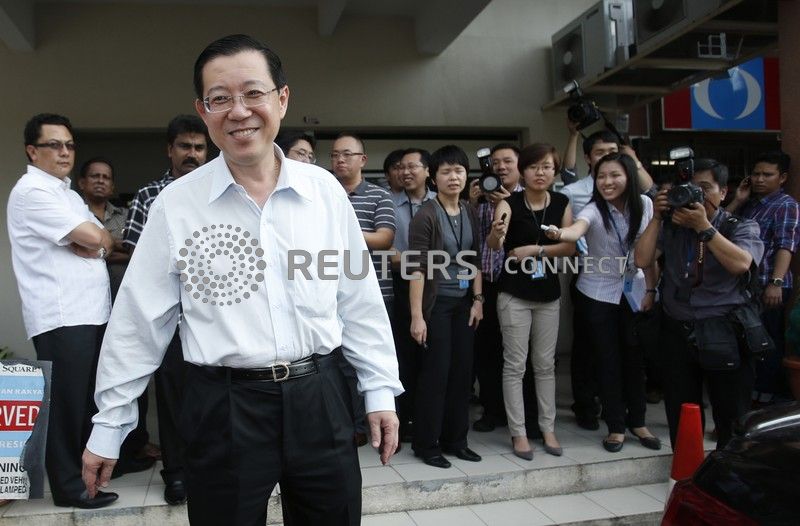 Lim, a senior opposition leader, will face one charge in court on Friday and two others next week, the Malaysian Anti-Corruption Commission said in a statement, although it did not immediately comment on the arrest.

His arrest follows a months-long investigation into graft allegations over an undersea tunnel project in the state of Penang, which he led as chief minister from 2008 until his appointment as finance minister in 2018.

Critics of Prime Minister Muhyiddin Yassin’s government say the investigation of Lim over the undersea tunnel project is politically motivated.

Muhyiddin came to power five months ago, after the collapse of the coalition led by Mahathir Mohamad, by forming an alliance with parties that were voted out of power in the 2018 elections. The opposition have accused him of stealing power by shifting alliances instead of earning it at the ballot box.

The premier has a two-seat majority in parliament and there is speculation he may call for snap polls due to the uncertainty created by the thin majority.

Lim was part of the Mahathir coalition that collapsed in February partly due to some alliance partners’ displeasure over the presence of the Lim-led Democratic Action Party (DAP) in their fold amid public concerns that the coalition was not doing enough to protect interests of the country’s majority Malays.

The DAP is dominated by Malaysia’s ethnic-Chinese population.

Lim has faced other corruption allegations before. In 2016, he was charged with abuse of power, a move critics said was part of a crackdown on those opposed to then Prime Minister Najib Razak’s administration.

The charges were dismissed after Najib was ousted in the 2018 election by Mahathir.