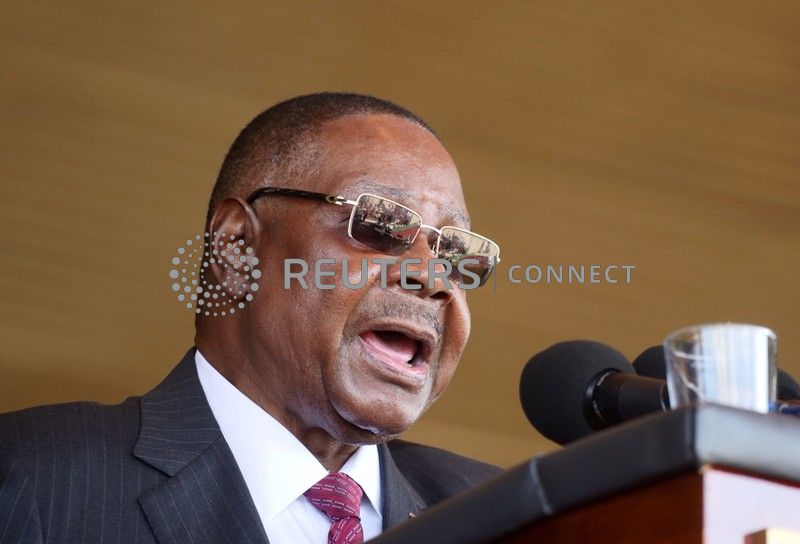 LILONGWE, Malawi (Reuters) – Opposition supporters in Malawi stormed a complex housing presidency and government offices on Tuesday to press demands for President Peter Mutharika to resign after an election they say was rigged.

But opposition parties are challenging the state electoral commission’s May 27 declaration of Mutharika as the victor despite complaints of irregularities including results sheets with sections blotted out or altered with correction fluid.

Protesters, among thousands who hit the streets of the administrative capital Lilongwe, broke into a compound containing offices of the president and government departments and told civil servants to leave.

Police in Lilongwe, an opposition stronghold, took no immediate action to remove the protesters, witnesses said. Mutharika was apparently not in the complex at the time.

Protesters carried placards reading “DPP out”, “Mutharika stole the election” and “who supplied tippex”, in reference to the correction fluid allegedly used to alter voting sheets.

“He (Mutharika) rigged the election, that’s why we are protesting,” said 32-year-old demonstrator Joseph Jailosi.

Most protesters were dressed in the regalia of the main opposition Malawi Congress Party (MCP), which is challenging the election outcome along with the United Transformation Movement.

“We are shutting down Capital Hill to show this illegal government that the people are in charge and not Mutharika,” MCP youth director Chimwendo Banda told Reuters, referring to the government compound.

Lloyd Muhara, chief secretary in the office of the president, declined to comment.

Mutharika, 78, a former law professor, presided over improvements to infrastructure and a slowdown in inflation during his first five-year term, but critics accuse him of corruption and cronyism. He denies this.

The small, landlocked country won independence from Britain in 1964. After an initial period of economic and social stability, it is now ranked among the poorest countries in the world, reliant on donor funding and tobacco and tea exports.