Malai shares experiences on his art 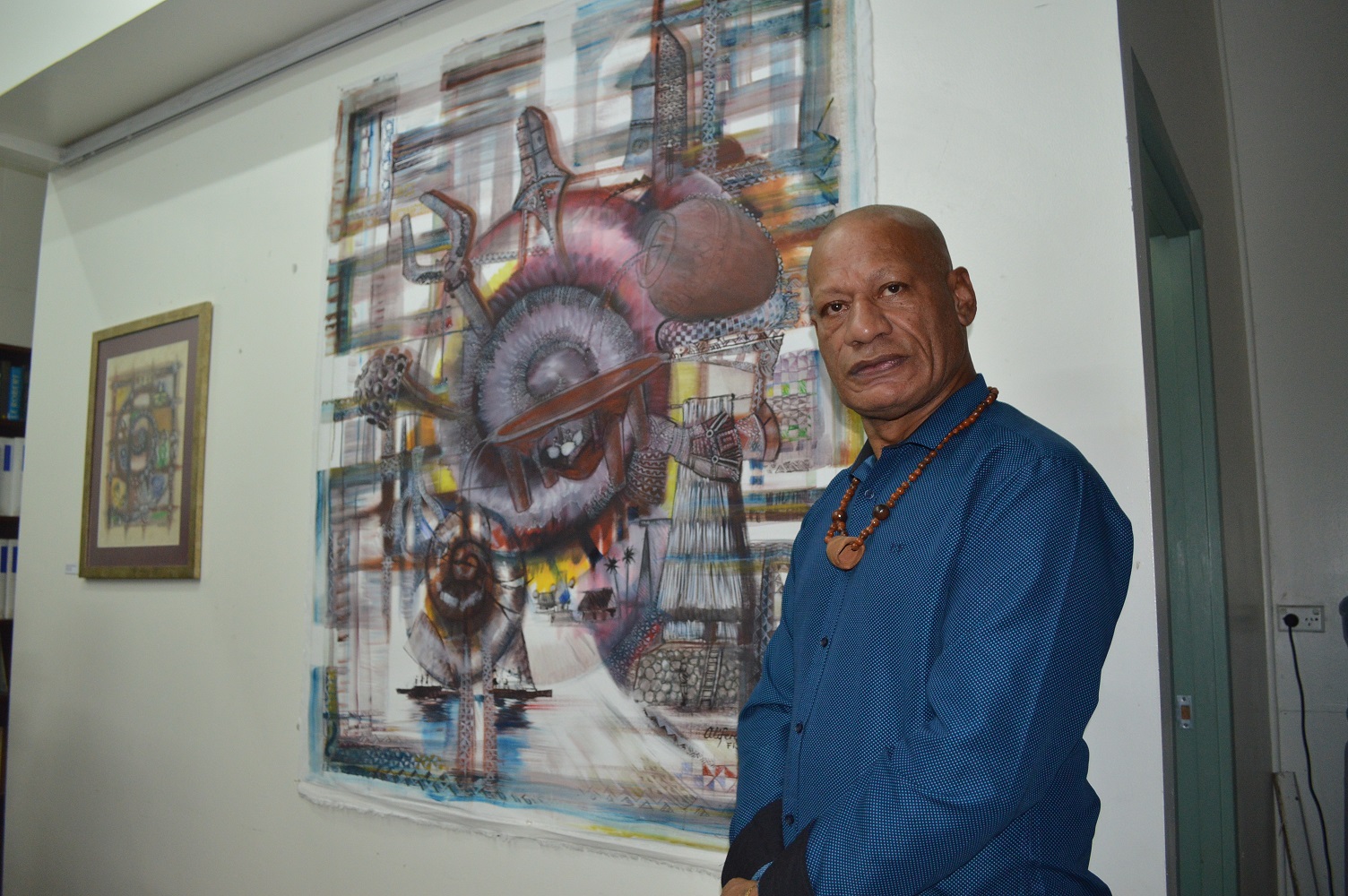 FACES of Fiji speaks about the experiences of the portraits, what they see and feel and the issues they face.

These were the words of senior visual artist Alifereti Malai whose art exhibition was launched on Thursday at the Francaise in Suva.

Malai said this was the second part of his exhibition and he sought aspiration from his role as a visual artist.

“This one it’s more than faces it’s what the faces see, it’s what they feel, the issues that they face that’s the story behind this exhibition,” Malai said.

“I have done this as a young boy I didn’t finish school. Then I changed my life and went back to USP for contemporary visual arts.” and began going abroad,” he said.

He said one of the issue he and other artists faced here in Fiji was the lack of funds being provided for them.

The Roma, Naitasiri native said his duty was to be active as an artist.

“Challenge is the funds we don’t have those here unlike those abroad they go for fame we paint not only for ourselves but for bread and butter,” he said.

“We have no time so we have to prepare so we have some sort of funds it would help us greatly in preparing for at least a year or two.”

Mr Malai adds one of the two most important values artists must keep in mind was to continue to persevere and endure the challenges that come with being an artist.