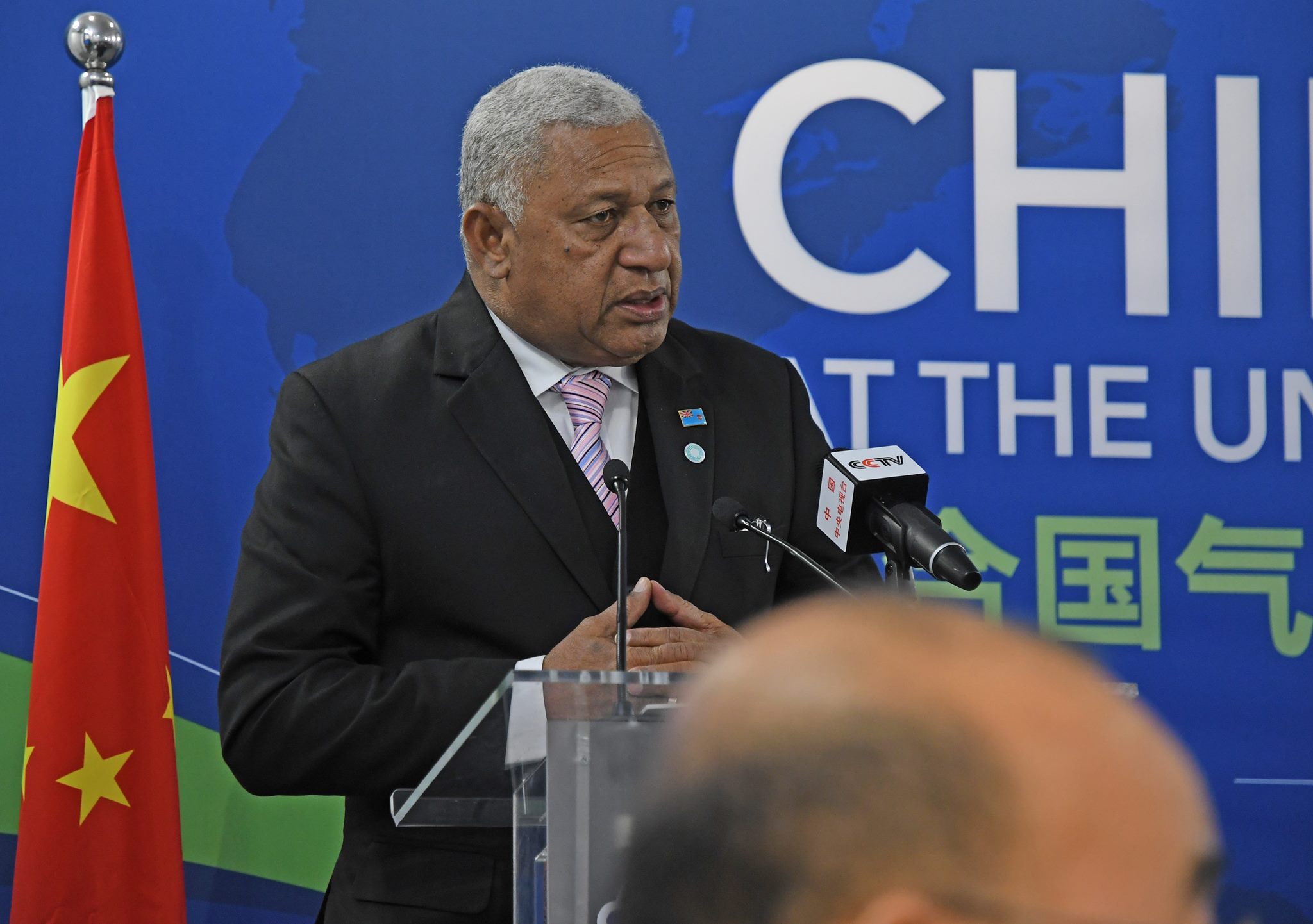 FIJIAN Prime Minister Voreqe Bainimarama has urged world leaders to summon the courage and political will to make the switch from dirty energy to clean energy.

Speaking at the High Level Forum on South-South Cooperation on Climate Change, Mr Bainimarama also called on leaders to share the technology and expertise that has enabled us to make that journey with others.

The forum was hosted by China to highlight the huge potential in south-south economic cooperation on climate change at the China Pavilion in Katowice, Poland.

“Our global conversation about climate action – especially when it comes to finance and technology – assumed that all the answers to the big questions lie in the north, among the developed nations,” Mr Bainimarama said.

“While we have concentrated political and diplomatic effort to move finance and technology from north to south, the fact is that in the real economy, technology, finance and human resources are moving from south to south in very large volumes.

“And this is leading to geopolitical shifts in influence that some may find uncomfortable but is the new reality and should be embraced for the opportunities it offers to billions of people around the world.”

Mr Bainimarama said there was a long list of countries in what is called the “Global South” that made significant contributions to the economic development of other nations in the south.

But through their sheer size and economic power, he said China and India headed that list and we could expect both nations to assume an even greater importance in the years ahead.

“It has taken them perhaps too long to realise it but both these economic powerhouses have now placed themselves on a cleaner, more sustainable footing,” he said.

“The technologies they are developing for themselves – such as the convergence between renewable energy, storage and electrification of transport – can be offered to other countries in the south and I very much hope that happens on a sizeable scale as the years progress.”

Mr Bainimarama added that we no longer look to the north for all the answers because we have a great deal of them in the south.

“By continuing to strengthen our own cooperation, we can do a great deal to improve our own contribution to the climate struggle,” he said.

“And play a greater role in helping the world achieve the 1.5 degree warming target that is the only way we can ensure the security and prosperity of our own people and all humanity.”