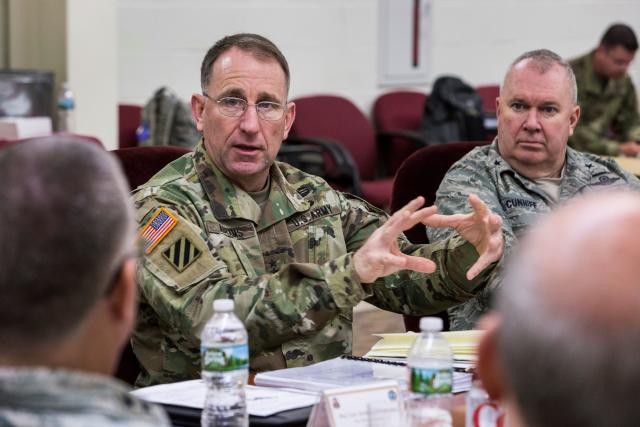 WASHINGTON (Reuters) – The Pentagon’s nominee to be the next commander of U.S. forces in South Korea said on Tuesday there was a significant amount of tactical risk if U.S. troops were removed from the Korean peninsula.

“Tactically, without any mention of any change in his conventional capability, I’d say that there would be a significant amount of risk tactically if we were to do that,” U.S. Army General Robert Abrams said, referring to North Korean leader Kim Jong Un.

“Strategically, there would have to be a whole lot more discussion about what additional capabilities we’d be willing to bear,” Abrams said during his confirmation hearing in front of the Senate Armed Services Committee hearing.

The United States currently has around 28,500 troops stationed in South Korea, which North Korea has long demanded be removed as one of the conditions for giving up its nuclear and missile programs.