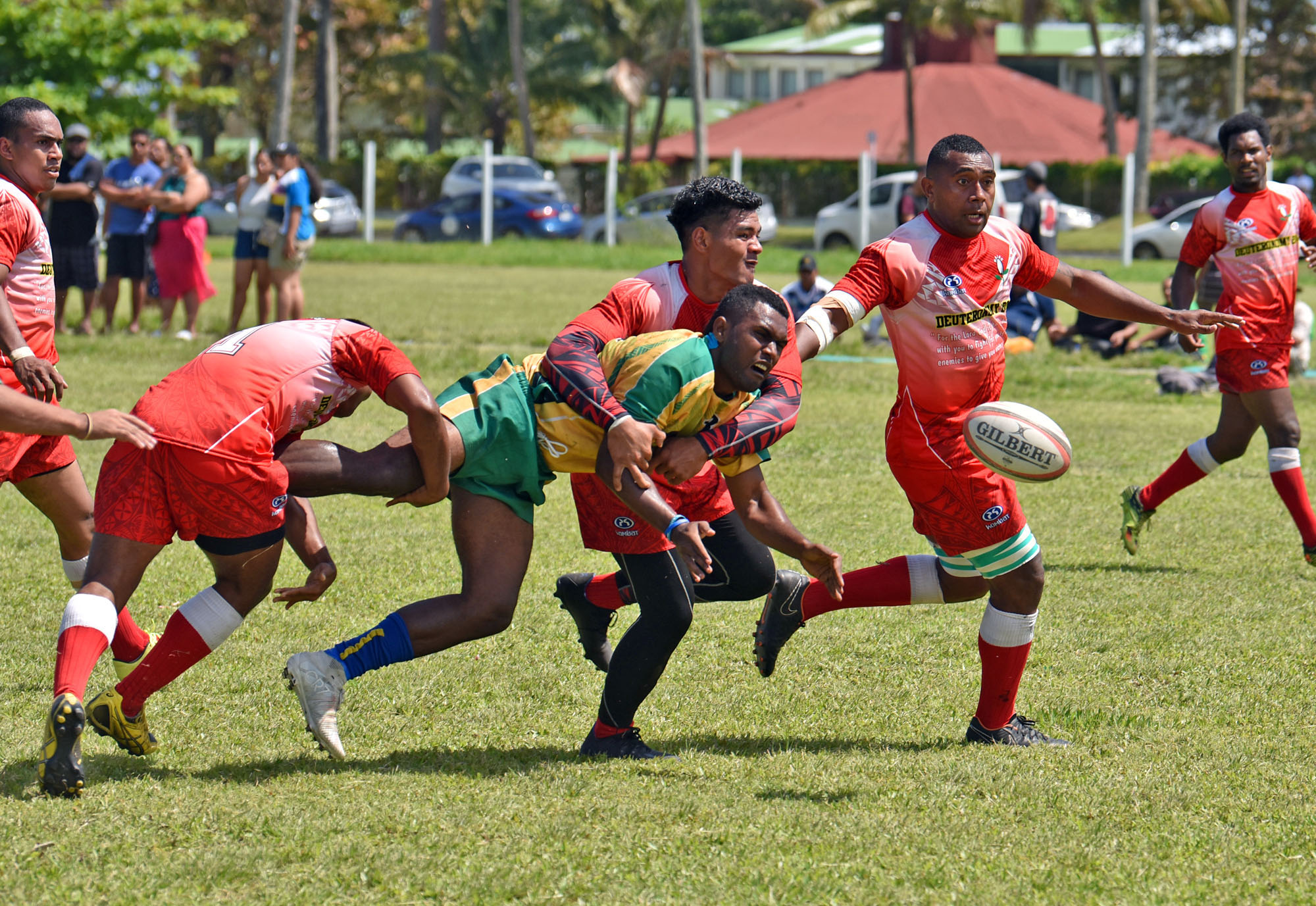 Fimone Sosefo Jnr of Satarua offloads in the defence of Mairo during the Rotuma Day rugby competition at the Suva Grammar School grounds in Nasese, Suva on Monday, September 09, 2019. Picture: JONACANI LALAKOBAU

manager Pene Penjueli said unity had always been a strong part of the team in their preparation towards the games.

“We did not expect to get the win today but I think it is the support from the players, the families and the hard work that has paid off,” said Penjueli.

“Unity was our motto and from the beginning we have always said that we would come together as a team and finish as a team, it is the unity and the support from our families and families here in Suva that has driven us to do our best,” he added.

Apart from hardships leading up to the games the Lautoka based club brought in a total of 14 teams to the two-day tournament.

“We did not have major sponsors, we had to fundraise each month for us to come down to Suva, it was a surprise for us this year to bring down three buses and it is actually the first time for us to bring in a big team this year and that just goes to show the support and the commitment our members have,” said Penjueli.

Rugby team captain Inia Qereqeretabua said it wasn’t an easy game but the team had come in full preparation.

“It’s always a hard game playing against Sarafui and it’s even harder coming from Lautoka but it gets sweet when you reach the final and win.

“We are happy for the boys and would like to thank them for the effort and also the Lautoka rugby team for giving their time to help us in our preparation,” said Qereqeretabua.