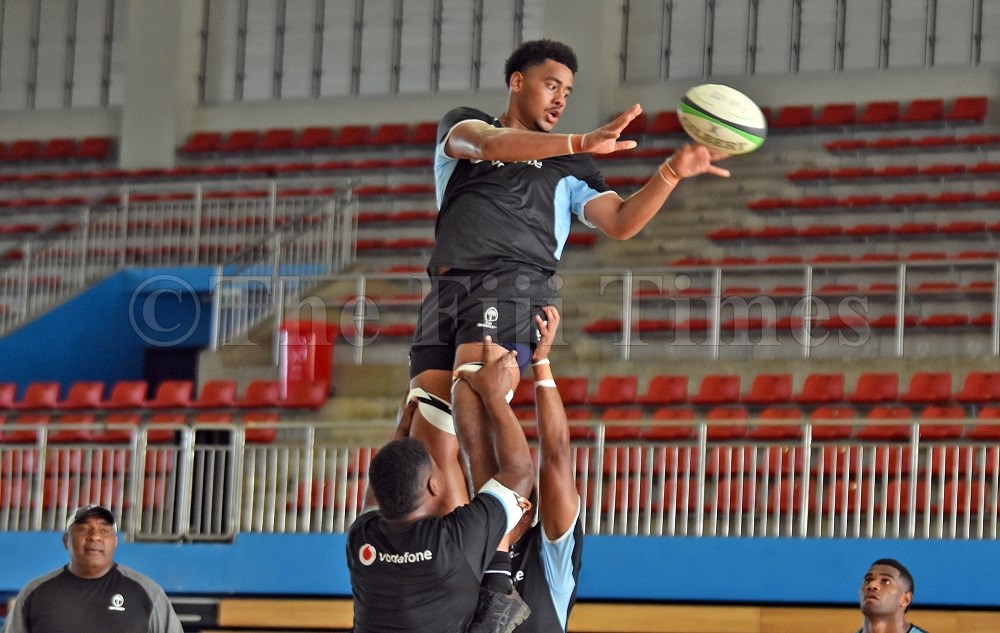 Petero Mailulu practice a lineout with teammates during the Fiji U20 team training session at the Vodafone Arena in Laucala Bay, Suva on Wednesday, June 15, 2022. Picture: JONACANI LALAKOBAU

Tall timber Petero Mailulu has one mission to accomplish – to play for Fiji at the Oceania Rugby Under-20 Championship from July 1-10.

The Nayavu, Wainibuka, Tailevu forward utility player, who is part of the 30-member squad, plays in France.

Head coach Ifereimi Rawaqa will trim his squad to 28 and the former Marist Brothers High School student said he wanted to be the first from his family to don the national jumper.

“I have been dreaming to be a rugby player for Fiji one day,” the 20-year-old said.

“Even though I am playing in France and been through the rugby system all I want to do is play for my country.

“My position in the final 28 is not guaranteed because everyone is battling for their positions at every training session and also outside the pitch.”

He said his two siblings and parents always supported him even though he had been away from them most of the time.

“Playing for Bordeaux in France has helped me a lot,” he said.

“I hope with the experience I learn from France and from these two iconic coaches (Iferemi Rawaqa and Kele Leawere) is the bonus I need.”

Mailulu has been part of the schools rugby pathway as he was part of the Fiji U16 team that toured Australia in 2018.