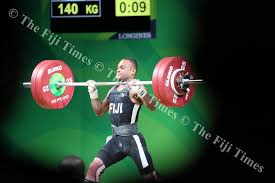 IN order to ensure continuity of funding and support from various stakeholders and the people Fiji, the sport needs to be clean, transparent in its dealings, free of nepotism, conflicts of interest and bias and embodies a genuine high-performance culture and systems, says Weightlifting Fiji president Atma Maharaj. “The practice of a high-performance culture, genuine transparency, fair play, honesty, respect, and unbiased decisions will attract and retain athletes,” Maharaj said in a statement.

“For example, even approaching the 2018 Commonwealth Games, some athletes failed to meet appropriate dietary guidelines that impacted their energy and nutrition needs as they attempted to bring their weight under control.

“Likewise, there were several examples during the GC2018 competition where athletes mistimed coming out for their lifts and subsequently rushed their lifts.”

Maharaj said it was important to monitor the athletes’ performance. “The focus is on each part of the process — diet, training, preparation, medical, recovery undertaken to the highest standard, based on world’s best practice,” he said.

“It includes regular monitoring of athletes’ body weights; adherence to all instructions by coaches and their programs. It also includes strict implementation of disciplinary actions including the setup of a new,independent disciplinary procedure; a coaches’ and athletes’ code of conduct and greater personal responsibility from athletes regarding their own actions, diets, body language, attitude and punctuality.”