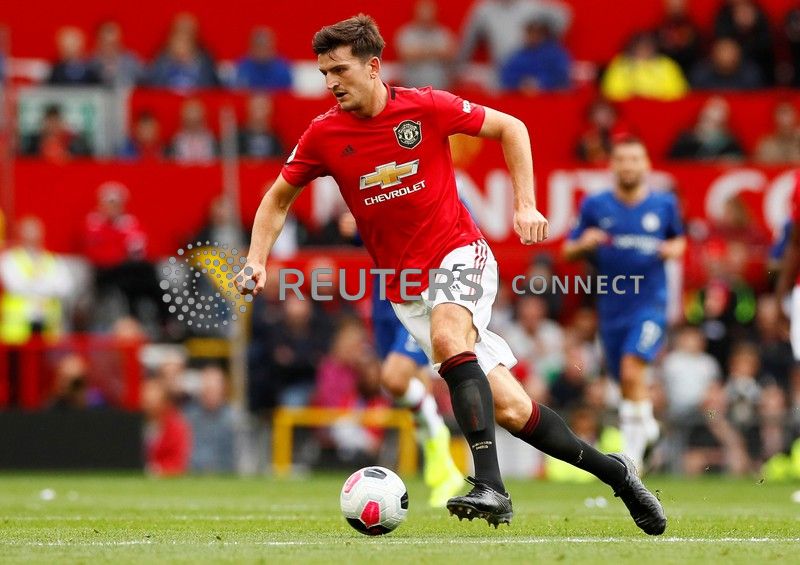 (Reuters) – Harry Maguire brought instant stability to Manchester United’s much-maligned defence on Sunday and their 4-0 win over Chelsea showed he can build a strong partnership with fellow centre back Victor Lindelof, Jose Mourinho has said.

Maguire became the world’s most expensive defender when United paid a reported 80 million pounds for his services and the England international delivered a man-of-the-match performance on his debut at Old Trafford.

“He was solid like a rock,” Mourinho, who has managed both sides, said in his role as a television analyst for Sky Sports.

“You can be very dangerous in attack but if you feel that a mistake is around the corner it takes your confidence away and you don’t play as well. When you feel there is something that allows you to play you are much more confident.

Maguire was also praised by United manager Ole Gunnar Solskjaer, who said the centre back had brought a sense of calm to a defence that conceded 54 league goals last season.

“(Maguire) did exactly what we signed him for, his presence in both boxes, his calmness and composure on the ball,” Solskjaer said.

“He’s a leader and with him, (goalkeeper) David de Gea and Victor Lindelof, they marshalled that back line really well. It is important to have strong personalities at the back.”