Made in China: Samsung farms out more phones to fend off rivals 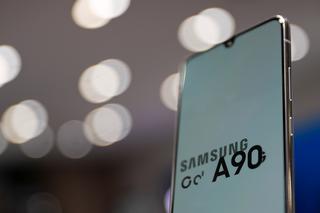 Samsung Electronic's Galaxy A90 is seen on display at a Samsung store in Seoul, South Korea, November 14, 2019. REUTERS/Kim Hong-Ji

SEOUL (Reuters) – Samsung’s plan to outsource a fifth of its smartphone production to China next year may help it compete with low-cost rivals such as Huawei and Xiaomi but it’s a strategy fraught with risks, people with familiar with the move said.

Samsung Electronics, which shut its last in-house Chinese smartphone factory in October, is quietly moving production of some Galaxy A models to contractors such as Wingtech, which are little known outside China.

Samsung has been coy about the volumes involved but sources said the South Korean tech giant plans to ship some 60 million phones made in China by so-called original design manufacturers (ODMs) next year out of a total of about 300 million devices.

Wingtech and other ODMs make phones for multiple brands – including Huawei [HWT.UL], Xiaomi and Oppo – giving them the economies of scale to keep costs down, and the nimble contractors can develop and produce new budget phones quickly.

Critics of Samsung’s strategy say it risks losing control of quality and undermining its manufacturing expertise by outsourcing, and may even help rivals by giving contractors the extra volume they need to lowers costs further for all.

Samsung can ill afford another quality crisis. It scrapped its flagship Galaxy Note 7 in 2016 after reports the expensive phones were catching fire and delayed the launch of its folding phone this year after screen defects were identified.

But with margins razor thin for budget smartphones, people familiar with Samsung’s strategy say it has little choice but to follow rivals and use Chinese ODMs to shave costs.

“This is an inevitable strategy rather than a good strategy,” a source with knowledge of Samsung’s Chinese operations said.

Samsung said in a statement to Reuters that it has been making limited lines of smartphones outside its own plants to broaden its existing portfolio and “ensure efficient management in the market”. It declined to say how many Samsung phones are made by ODMs and said future volumes had yet to be determined.

Wingtech did not respond to a request for comment.